Why does a zebra have its stripes?

Have you ever wondered why a zebra has its dazzling black and white stripes? Ponder no more! Guide Emily is armed with all the latest science on the matter...

Why does a Zebra have stripes?

It is a question that has bugged humanity since the dawn of our time here on Earth - why does a zebra have stripes? Amongst the fawns, browns and greys of the bush, these starkly patterned black-and-white equines appear to stand out like a sore thumb. Even the San people of the Kalahari have their own ancient stories of how this anomaly came to pass. Science, it seems, might just finally have an answer. 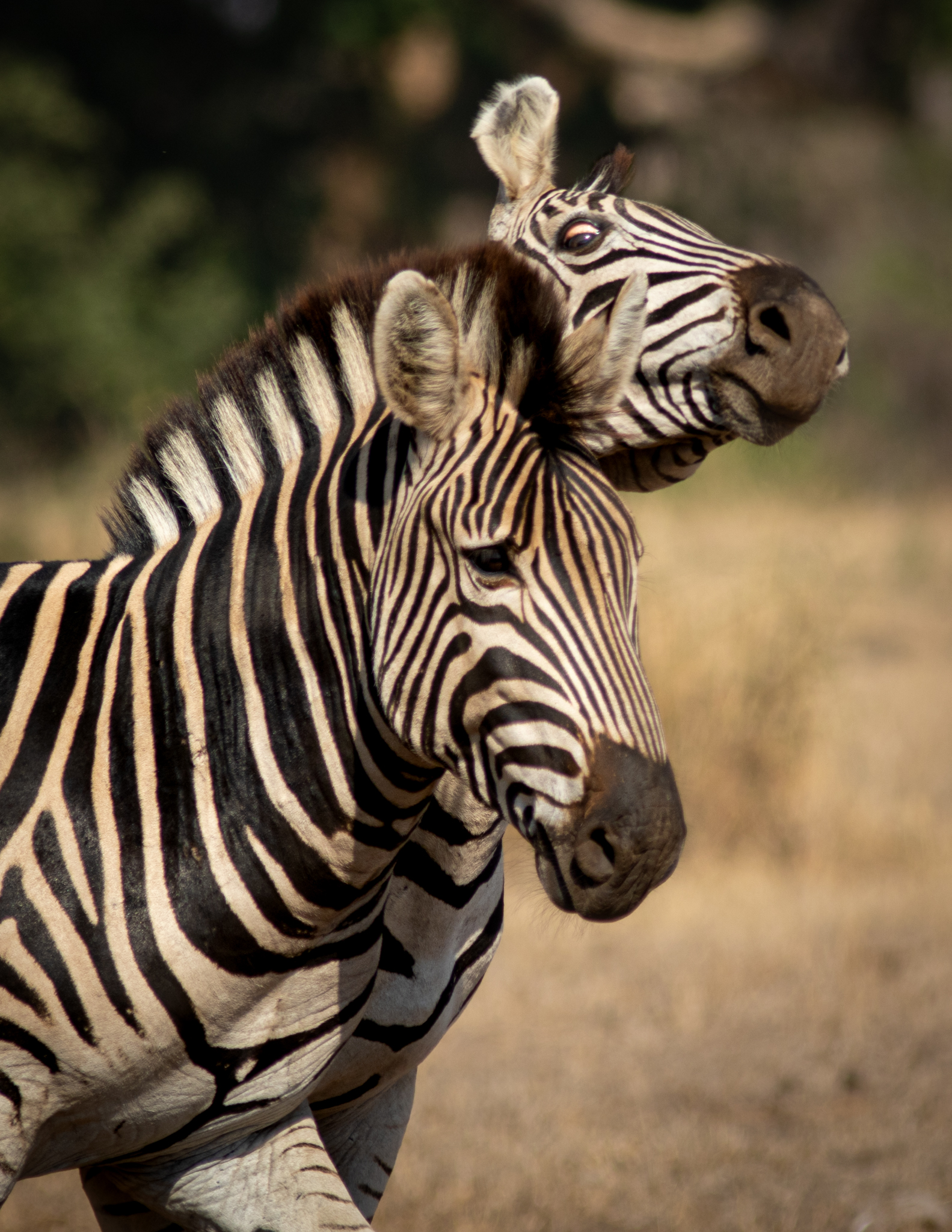 There are many theories to answer this question. One of the most widely accepted concerns a special type of camouflage better known as the ‘dazzle’ effect. When surprised, zebra huddle tightly and stampede as a single unit - a behaviour that is unlike other prey species. It is thought this behaviour, coupled with their famous stripes, makes it almost impossible for a lion to single out an individual as a type of ‘motion blur’ is created. There is definitely a lot of merit to this theory, although it is difficult to prove scientifically.

Another somewhat debunked theory suggests the alternating stripes absorb heat at different rates and thus set up micro-currents of air causing a cooling effect across the animal. This was tested by scientists using variously patterned oil drums filled with water, with no statistical benefit demonstrated in the results.

First put to the scientific world in 2012, and reinforced with an additional study at the University of Bristol this year, the latest findings appear to have had the final word on the matter. The stripes are actually there to reduce the number of biting flies. Using slow-motion cameras, scientists filmed the flies as they approached both zebra and horses. It showed the flies failed to slow-down on approach to the zebra, resulting in a type of ‘crash-landing’ that prevented them from a successful bite, something not seen on the horses. To check their findings, they even dressed horses in various plain and striped coats and found the same results - the horses in striped coats experienced less that 25% of successful ‘landings’ by flies than the rest. It is thought that the pattern polarises light in a way that confuses the fly. Less landings, and less subsequent bites, means the animal is less likely to contract a deadly disease such as Trypanosomiasis carried by the Tsetse fly. A definite advantage.

So with the conundrum at least partially solved (I’m inclined to believe the ‘dazzle effect’ also has it’s own part to play), what do we do with this newfound knowledge? Japan has come up with an interesting answer. They recently conducted tests on domestic cows and found that those painted with harmless black-and-white stripes experienced a dramatic reduction in biting flies, just as we would now expect. “So what?” I hear you cry. Well, the current favoured solution to the fly problem is to dip cattle in pesticides - toxic chemicals that indiscriminately pollute and decimate biodiversity. This has health implications for both the animal and us humans who end up eating them. Not to mention the problem of pesticide resistance currently manifesting in our environment. Is it possible that by studying our much-loved ‘disco-donkeys’ we have actually stumbled upon a clean, green and potentially cheaper method of raising cattle that could have huge implications for our us and our environment? The future is looking very black-and-white! 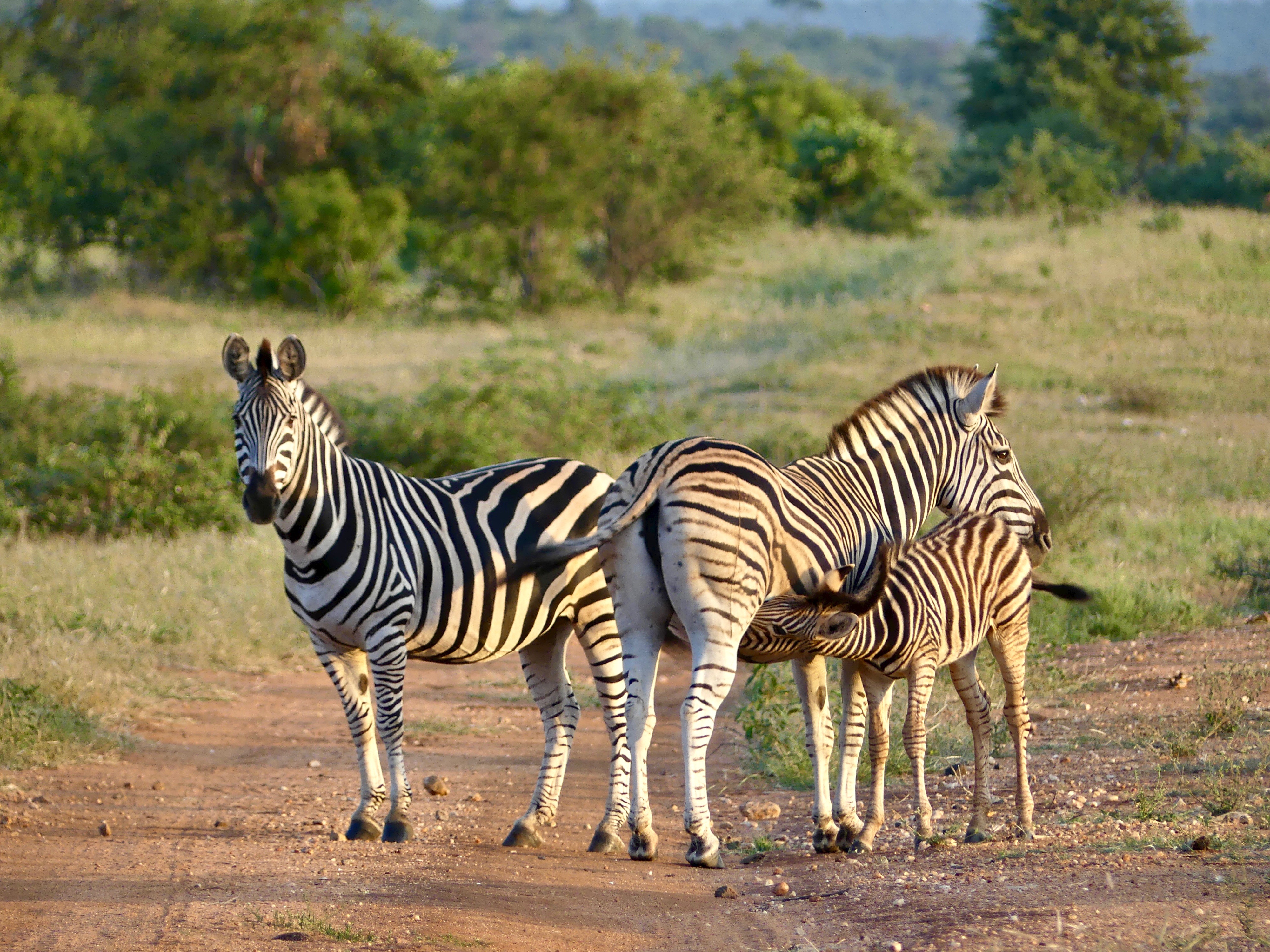