Posted by Emily on Fri December 3, 2021 in Sightings Report.

Beyond some incredible lion sightings, October also proved a fantastic month for the many other wild and wonderful creatures of the Klaserie. Catch up with your favourite leopard, African wild dog and other characters with part 2 of our October update...

Beyond some incredible lion sightings (described in Part 1 here) October also proved a fantastic month for the many other wild and wonderful creatures of the Klaserie. The return of the cuckoos added a cheerful burst of song to the Lowveld soundscape and huge flocks of barn swallows filled the air looking to refuel after their long migration. The Verreaux's Eagle-Owl nesting sites that provided many excellent sightings over winter finally fledged their chicks for another successive year, adding to the healthy population.

As always, the indomitable Pale Male continued to strut his stuff across the Klaserie, showing no signs of slowing down in his old age. Saseka, one of our most relaxed females, was spotted with two different impala kills - no doubt taking advantage of the heavily pregnant females having slightly hindered mobility at this time of year. The shy island female and her cub were discovered secreted in a large tree by the river. With the River pride of lions snoozing just 100 metres away, it was a wise choice to choose a lofty hideaway and gave us a couple of days of incredible sightings before the youngster was finally relocated to safety by her mother. 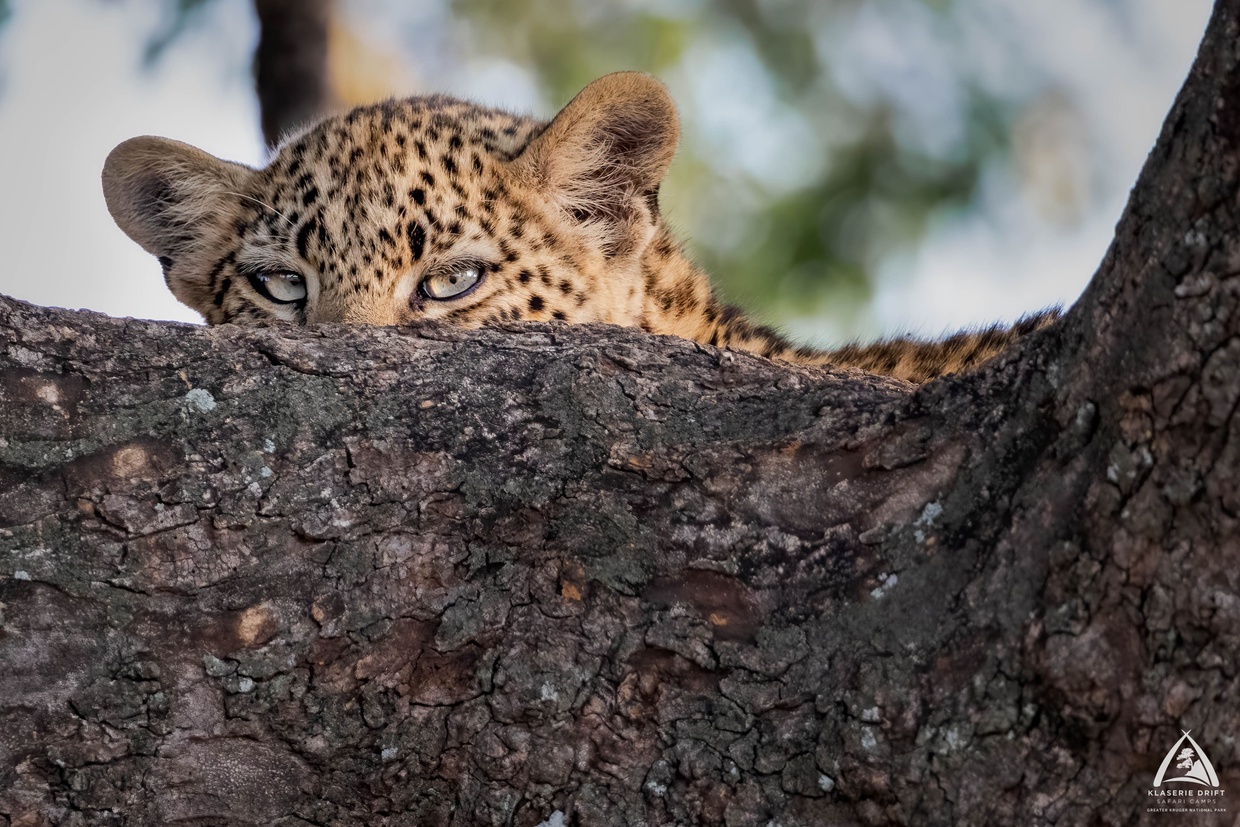 The cub of the Island female

The arrival of an unknown female and her sub-adult daughter also brought a lot of excitement to the area - we love to spot new faces and work out who they might be! Fairly relaxed, we believe the two came from the northern parts of the Klaserie. With a high leopard density in the area, there is little unoccupied space available for new arrivals. The duo are currently sneaking about in the territory of the Island female and cub - it will be interesting to see how the dynamics play out over the next weeks.

Last, but most certainly not least, is the wonderful Manzi and her thriving cubs. On one occasion guide Emily located the cubs playing down by the river when, suddenly, a sub-adult hyena appeared. Instantly protective, mom Manzi gave a call to the cubs to get to safety, with one dashing into a small tree right next to our vehicle. It was a tense few minutes as Manzi and the hyena stared each other down and the tiny cub clung tentatively to a terrifyingly small branch. Eventually - and fortunately - the hyena realised it was no match for our awesome leopardess and moved on, allowing the cubs to rejoin their mother’s side. Some days later, the trio were spotted again, this time happily feasting on an impala kill in a tree and no pesky hyena in sight. Dad (aka the Pale Male) even popped in for a visit making it 4 leopards in a single sighting - a true leap of leopards! 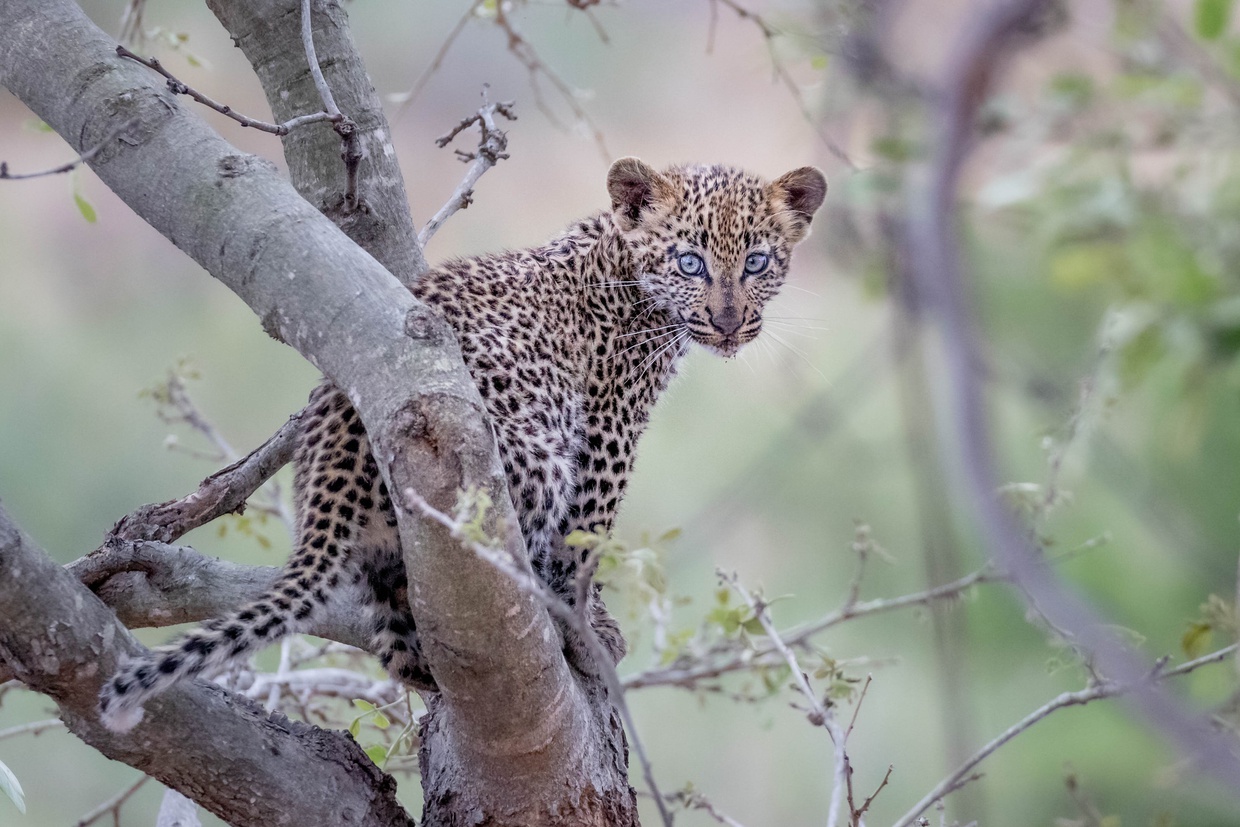 The enormous pack of up to 37 endangered African wild dogs has been back in town throughout October making for some incredible wildlife viewing! The ever-growing pups are now becoming budding hunters and managed to catch a flushed scrub hare whilst the adults were diverted with bigger prey. On two occasions, the entire pack was caught hunting and killing impala followed by a riotous battle over the spoils with their long-time enemies - hyena. Giggles, shrieks, twitters and growls filled the air as the two species continued their timeless fight. Fortunately, it is rare that either side takes a fatal injury as the hyena use the wild dogs to scavenge from thus killing them is not their primary focus.

Finally, guides Matt and Nick were following the dogs as they dashed through the bush one morning when they accidentally bumped into the female leopard Saseka. Realising her imminent danger, Saseka dashed into the nearest tree as the wild dogs jumped excitedly at the base. For a short time she remained pinned to her spot until the siege-holders grew tired and relented, allowing her just enough time to leap out and away to safety. 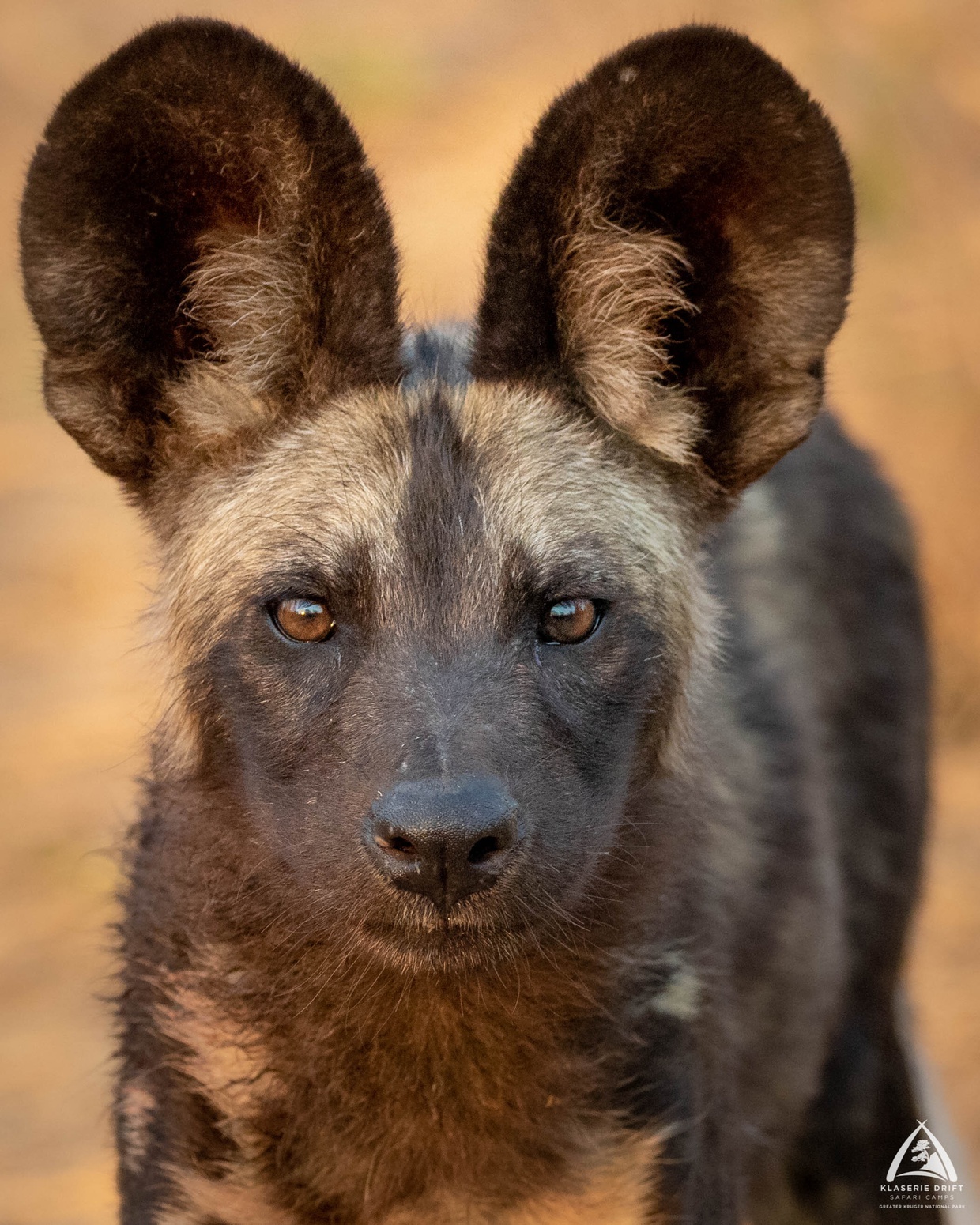 One of this year's African wild dog pups

One of the most precious sightings during October was undoubtedly from a new hyena den in the area. Watching the tiny cubs suckle, play and interact with each other has been a heart-warming treat to behold. Furthermore, a herd of over 20 buffalo bulls has been cruising through the property, enjoying lazy days amongst the reeds and another sighting of the elusive black rhino brought many cheers to guides and guests alike. As a highly endangered species, not to mention very shy and elusive in nature, it is an extremely special sighting and each one reassures us that they are still out there, clinging to their precarious survival. Lastly the bush has, as ever, been awash with wonderful elephants, giraffes, hippos and other plains game that bring the surroundings to life. Nothing ever stops in the beautiful Klaserie Private Nature Reserve! 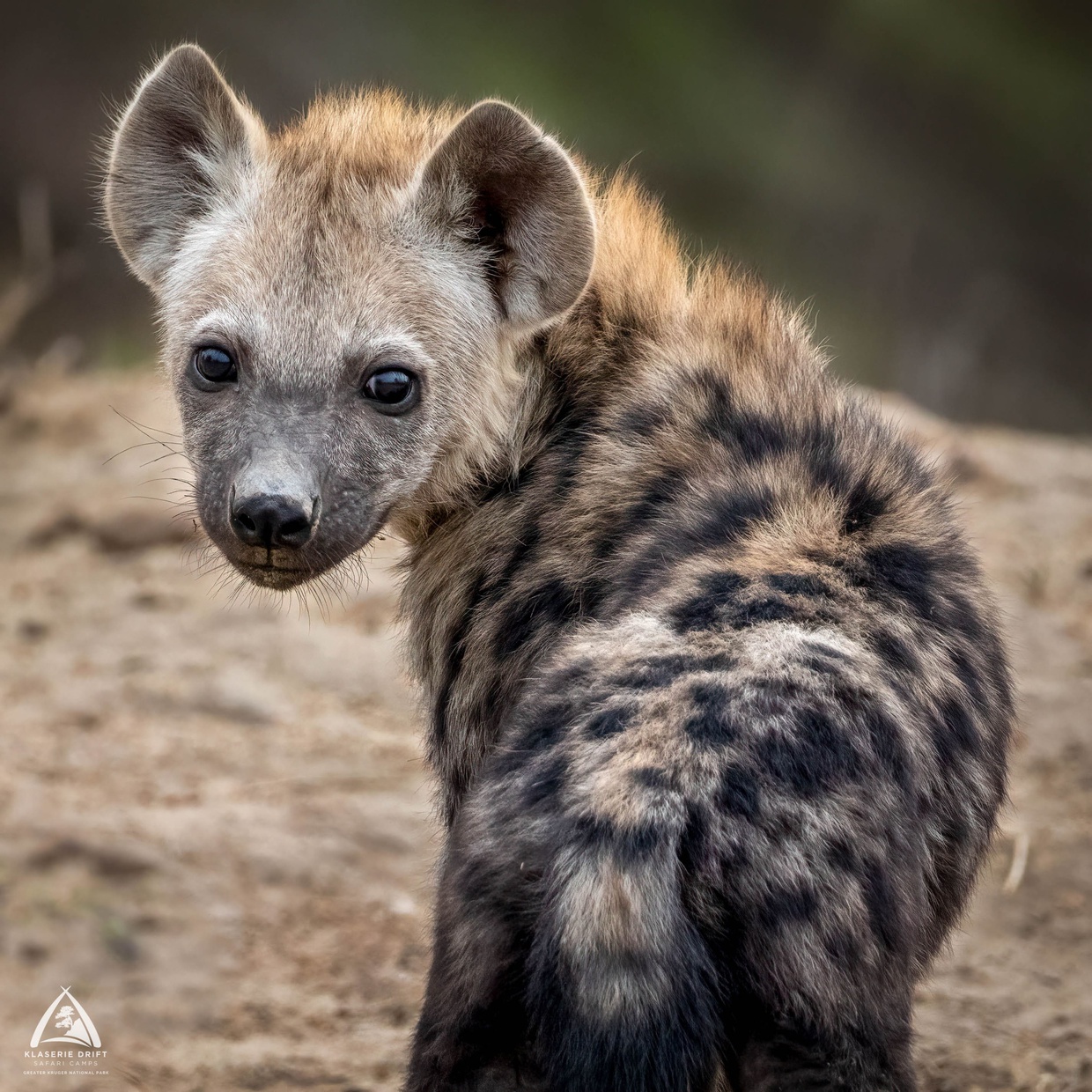