Posted by Emily on Sat November 13, 2021 in Sightings Report.

"Overwhelmed, the bull collapsed to the ground within minutes and, despite a final surge of adrenaline to regain his feet, he fell back into a thicket by the river. Once down, there was sadly no return for this magnificent beast as one of the males moved in to give the final kiss of death."

Read all about our incredible lion sightings in part one of October's sightings report.

As if on cue, the first day of October brought with it the spectacular return of the summer rains. A mighty thunderstorm loomed over the bushveld, bringing with it an impressive light show and bucketfuls of life-giving water. Within days, the first shoots of green started popping out of the soil, awakened from their annual slumber. One-day lilies, beautiful white flowers that emerge for a mere 24 hours each year, graced the savannah interspersed with the vibrant red of the fireball lillies. With colour and life renewed at every turn, we delight in having a front-row seat to nature’s great show. 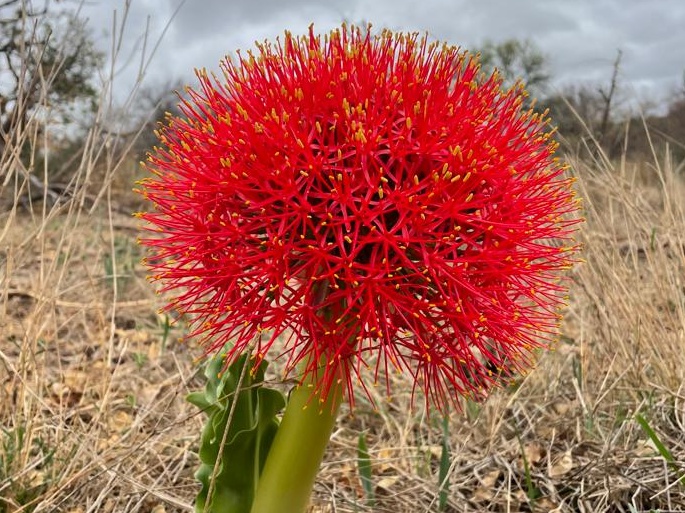 The River pride - currently dubbed the “Super pride” with their swollen ranks now numbering some 26 plus individuals (it’s hard to keep count!) - have outdone themselves once again this month with more breath-taking sightings for our lucky guests. A fascinating interaction between a small breakaway group and 2 fighting rhino bulls made for a perfect start one morning. Minding their own business, the two bulls were locked in a curious battle of vocalisation - an incredibly rare sighting in itself - when they were caught off guard by several of our felines on the prowl. Some of the sub-adult males, filled with youthful inexperience and confidence, made several attempts to stalk the rhino - not that the beasts paid much notice! In the end, the lions were chased back and settled under a nearby bush, ever vigilant of these strange grey animals that seemed not to fear them. 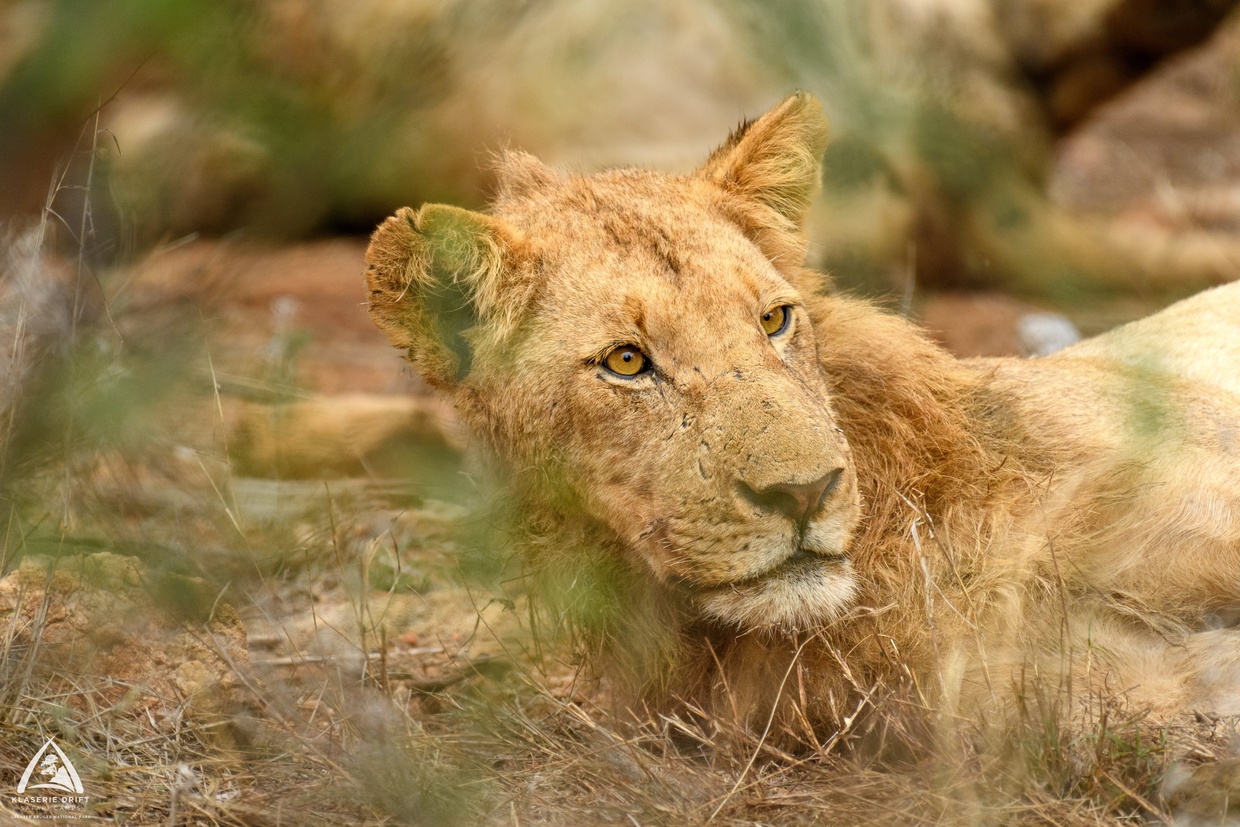 With rhino off the menu, the pride soon turned its attention to other prey. Back in their namesake territory, the Klaserie River, the pride were spotted basking in the shade one warm afternoon when a small herd of buffalo caught their eye. Guides Nick and Emily were on scene to watch what happened next as the fearless felines marched straight towards their intended meal. The buffalo spotted their approach and quickly fled the reeds up onto the apparent safety of the bank. Unperturbed, the lions continued their bold advance. Perhaps not realising the sheer number of predators it was facing, one buffalo stood his ground. At 800kg, these big bulls are more than a match for a few lions and their angry attitude has saved them on many an occasion. Today, however, the full force of the River pride descended on the unsuspecting bull. He was quickly surrounded and the experienced females began jumping at his rear - safe from the bull’s dangerous horns - in an effort to tire him out. Now fully aware of his fatal mistake, the buffalo called for back-up. But it was too late as the rest of the herd was unable to prevent the now inevitable. Overwhelmed, the bull collapsed to the ground within minutes and, despite a final surge of adrenaline to regain his feet, he fell back into a thicket by the river. Once down, there was sadly no return for this magnificent beast as one of the males moved in to give the final kiss of death. Less than 30 minutes after arriving on the scene, our wordless guests watched the full circle of life play out in front of them as the jubilant cubs squabbled over their freshly won dinner. A bittersweet, adrenalin-fuelled encounter that will stay with both guides and guests forever.

You can watch both the “Lion vs rhino” and the “Buffalo takedown” videos here on our YouTube channel. 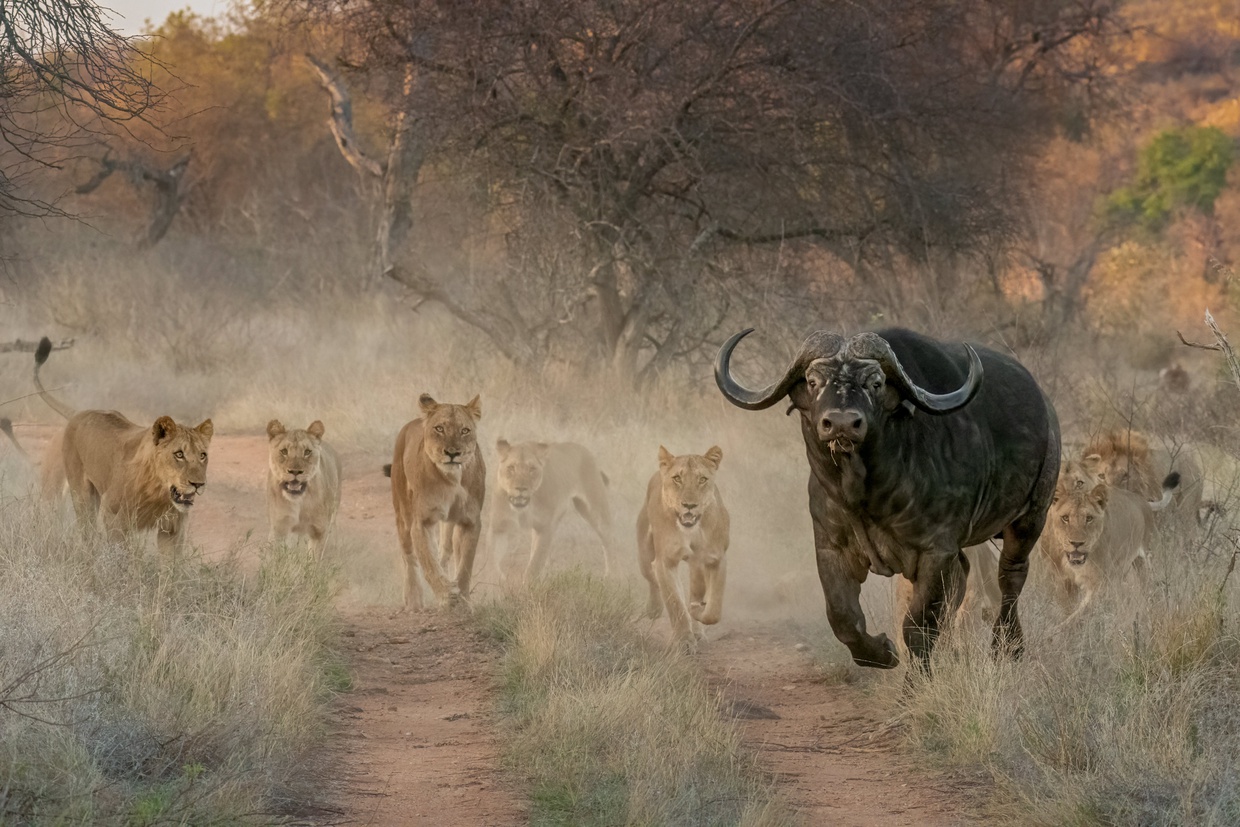 The River pride launches their attack on the unfortunate buffalo

For a few days, the Klaserie megafauna could relax as the River pride slept off their latest fare, allowing many wonderful sightings of them playing and dozing along the river. Before long, however, their rumbling bellies called for a renewed pursuit and they ventured off to explore. Some time later, strong audio was heard overnight and so guides Matt and Nick went to investigate. Within half an hour, they were sitting with the entire pride feasting on an unfortunate young giraffe. Nothing, it seems, is safe from the claws of these big cats.

Without a doubt, the Klaserie River pride is proving a formidable force in the area - altering the dynamics of the entire ecosystem as they look to feed their ever-growing family. Blessed by the capable reign of males Hosi and Socha, the future looks bright for these felines for now. However, nature is permanently in a constant state of flux and we can never predict what might happen next. As the Super pride make their mark on history, we watch with continued awe and trepidation whilst following their unfolding story right on our doorstep. 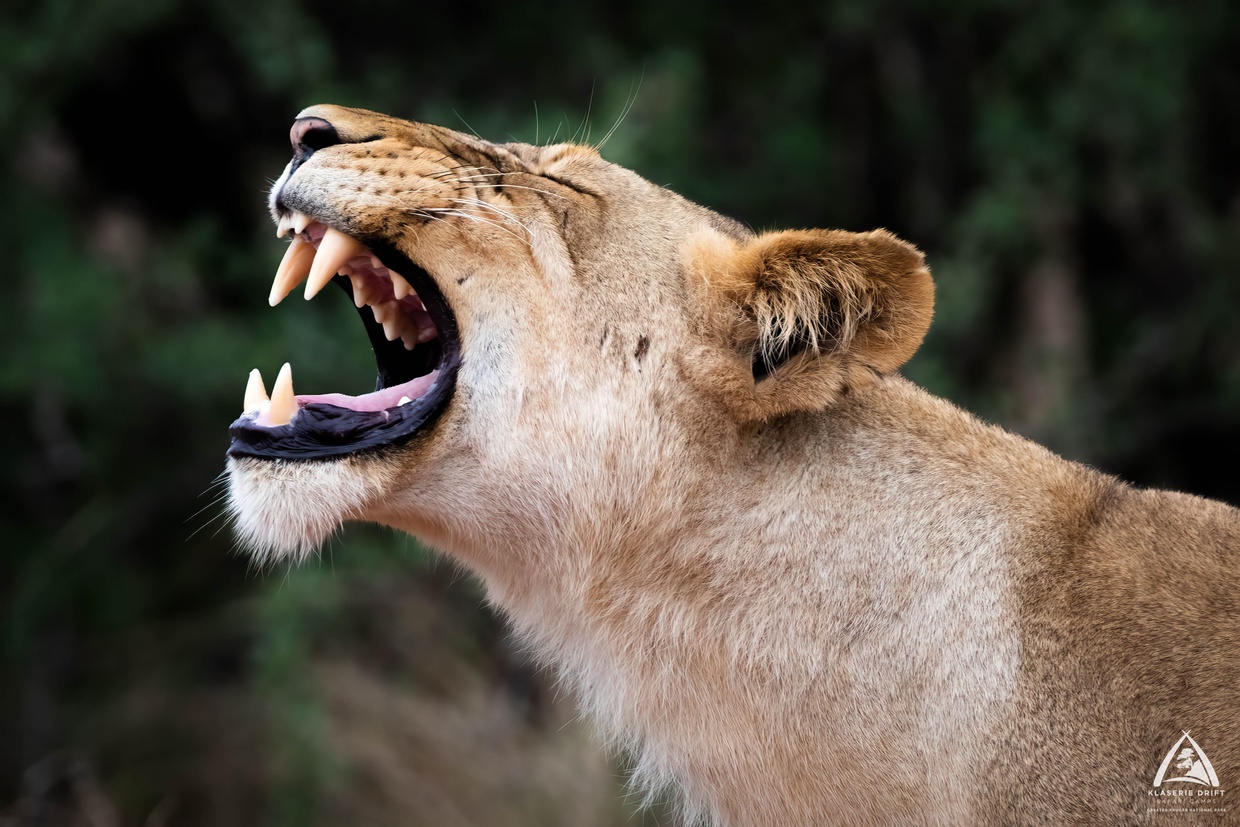 Stay tuned for part two of our October sightings report - with some incredible leopard and wild dog sightings plus more!