Posted by Emily on Fri April 2, 2021 in Sightings Report.

The bush has begun its annual transformation from verdant Summer greens into the sparse yellows of winter. With March behind us and the excitement of Easter ahead, we reflect on another bumper month of sightings here in the Klaserie. Discover the latest updates from our favourite felines and more in this months's sightings report...

As the lush greens of Summer begin to fade into yellow, the bush is showing the telltale signs that winter will soon be upon us. Once plentiful pans desperately cling to their last drops of water and the humid, light mornings are making way for a refreshing coolness that clings to the darkening sky. The impala rams have tentatively begun their greatest performance as they ramp up to announce the arrival of the rutting season with their loud and throaty call. The migratory birds, still present and fat after a successful summer, are contemplating their return to more northern terrains. The bush is in a state of flux yet, after a bountiful wet season, the Klaserie River remains full and flowing, giving ample respite to the grateful breeding herds of elephant and buffalo bulls that love to dwell in her waters. 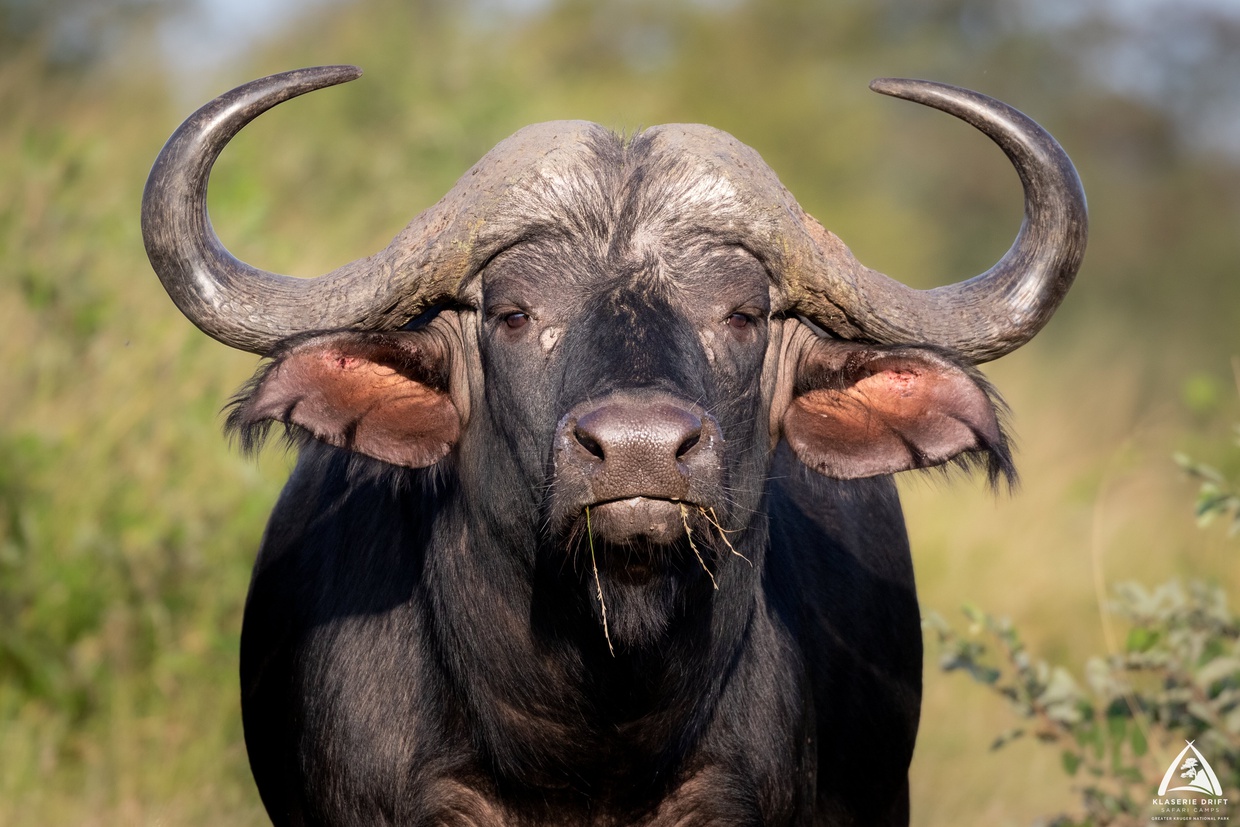 Although the seasons march on, one constant remains here at Klaserie Drift - the mighty River pride have proven to be the stars of the show, yet again. Now numbering an impressive 25 lions with the discovery of two more young cubs last month, the River females and their cubs continue to flourish under the powerful protection of the dominant males, Hosi and Socha. 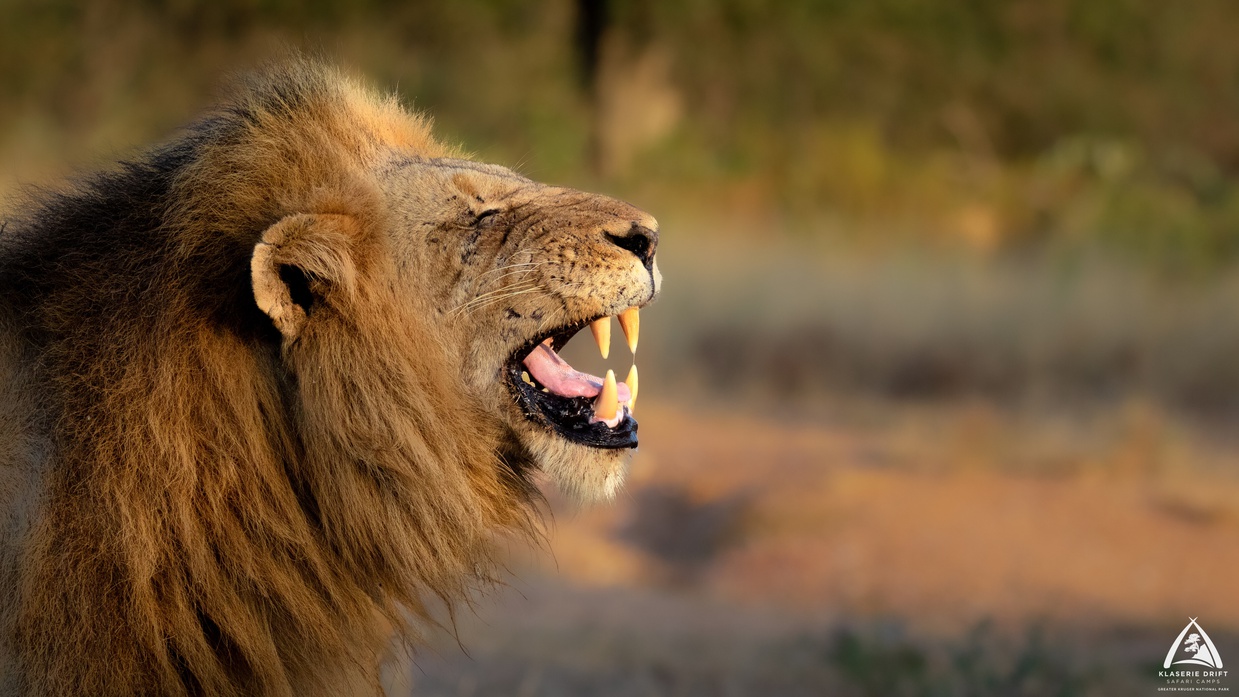 However, with so many mouths to feed - especially amongst the many insatiable teenage boys - some of the females and older cubs have been spotted occasionally separating from the majority. With a super pride such as this, it is perhaps inevitable that some breakaway groups will begin to form until these sub-adults reach maturity and move away from the pride. This will relieve the pressure on the females to hunt and, hopefully, allow the remaining members to stay together as one unit. This happens anytime from about 2 years old so, with the eldest male cubs almost 20 months, we could be saying ‘sayonara’ to some of our beautiful boys sooner than we would like. Although, all is not lost! One female is currently showing signs of coming into oestrus meaning there may yet be more tiny paws to come in the near future… 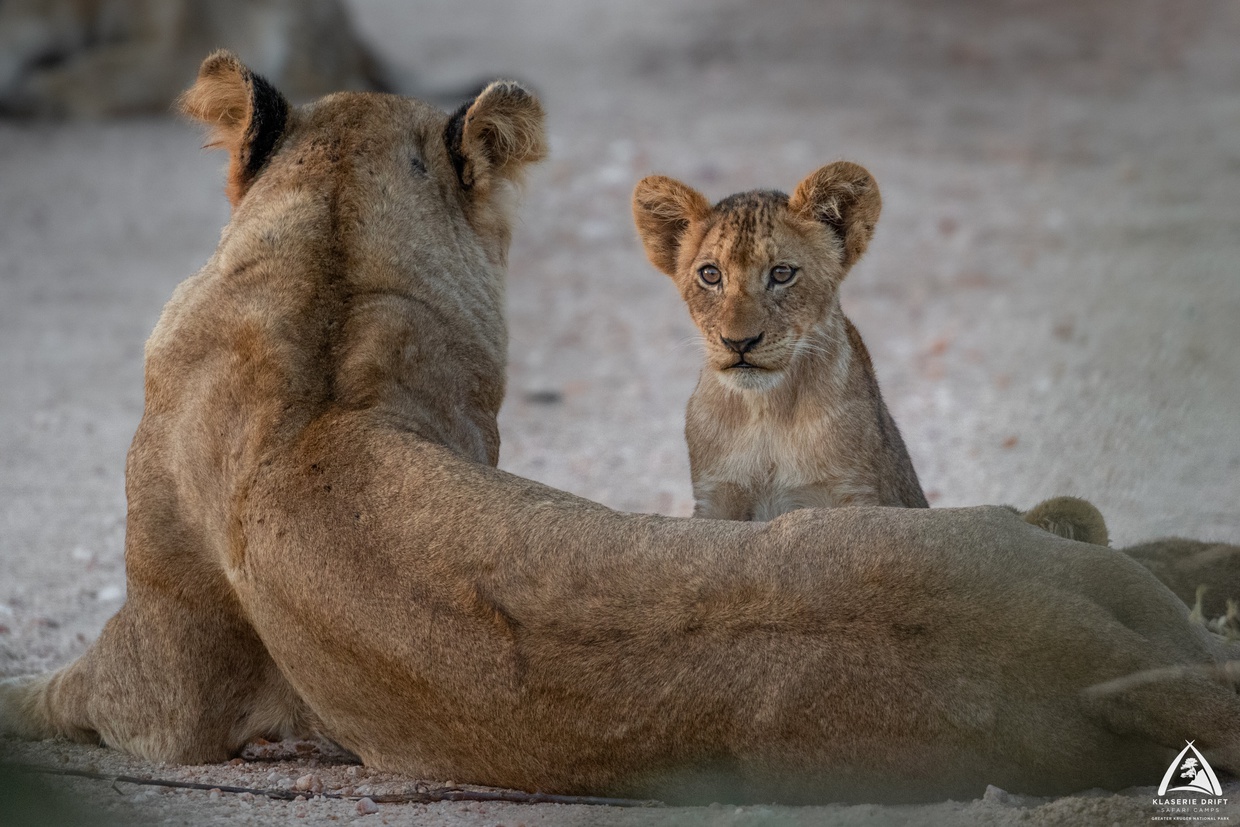 Amongst the spotted felines, it is the young female leopards that have been winning hearts this March. The 15-month old independent cub of Manzi has forged a small territory within her mother’s range - a typical behaviour for juveniles - and is proving even more tolerant of vehicles than her beloved parent. In a recent sighting, our guests were thrilled (and a little surprised!) to watch her springing into a small cluster-leaf tree just 3 metres from the vehicle as she doggedly hunted an unfortunate squirrel. After almost half an hour of enjoying her weave through the bush and grapple with would-be snacks, we eventually left her to continue her evening in peace - but not without big smiles of delight all around! Apart from Manzi’s cub, we have been lucky to enjoy sightings of another nameless yet wonderfully relaxed young female, who has featured in many of our safaris over the past year as we have watched her grow into independence. Saseka has also been spotted patrolling her territory and, last but not least, the dominant Pale male has been romanticising the ladies in the area. He was recently spotted mating with an old female and continues to lay his claim to a large part of the Klaserie - a true king of leopards!

Although the cats have blessed us with many incredible moments, the African wild dogs have been a little quieter this month with only a couple of sightings - although this included them successfully hunting an impala, that was then stolen by hyena, as well as a rare moment of observing the alpha pair mating. With a gestation of just 71 days, they are right on track for giving birth to this years litter during the height of the impala rut in May - perfect timing for these hungry carnivores. The hyena, however, are less particular about their breeding season and it seems a local den site has sprung back into action - a couple of youngsters are already milling around having gone undetected until now and a very heavily pregnant female is ready to drop her pups at any moment! Watch this space for updates… 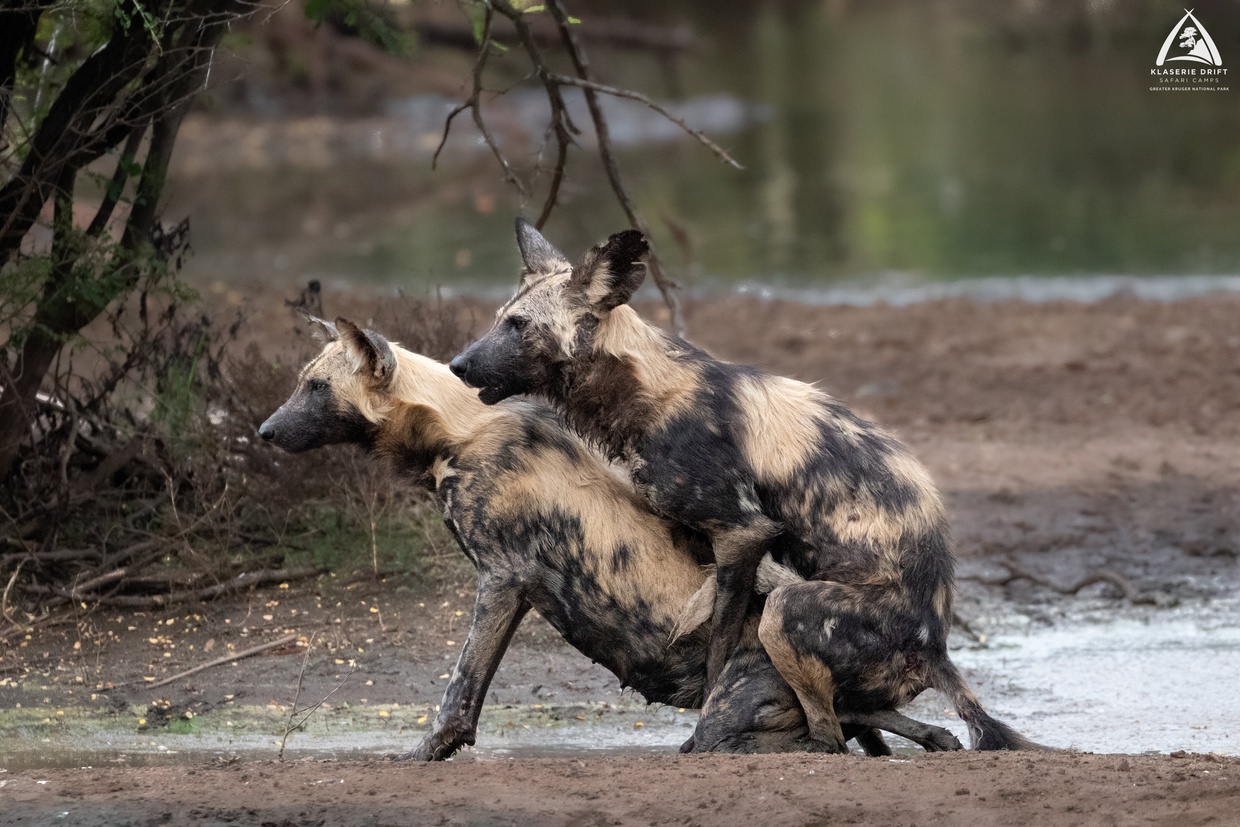 Although we lament the passing of these verdant months, winter brings with it an entirely new feast of sights and sounds. We look forward to continuing our journey with the awesome River pride and perhaps to the imminent arrival of the next generation of pups in the Klaserie. Time marches on and we are excited to see what the future holds! 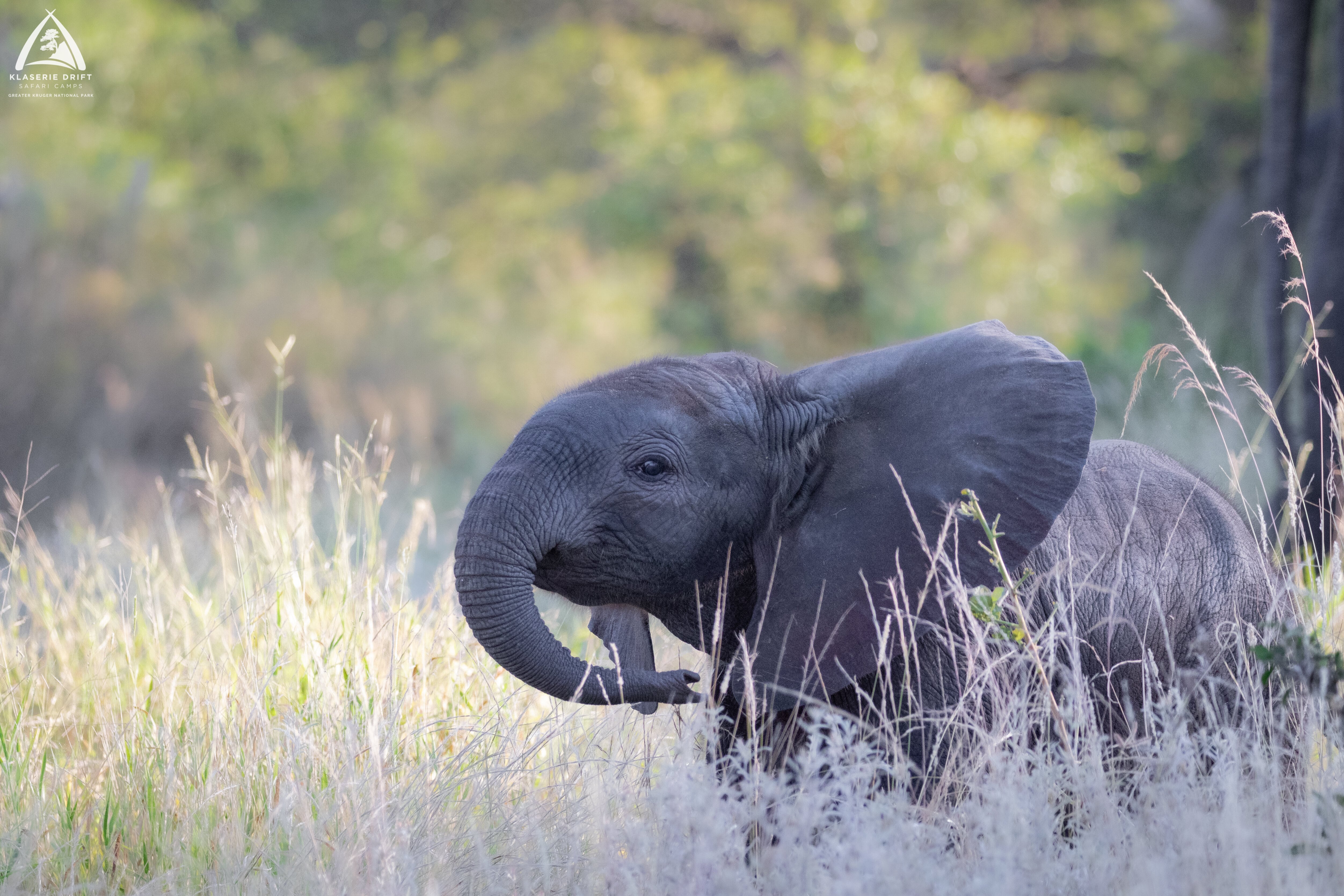