Posted by Emily on Thu September 9, 2021 in Sightings Report.

It’s official - August 2021 is a month that will go down in Klaserie Drift legend. A phenomenal month of show-stopping encounters that began on day one with the craziest sighting of all - the entire River pride feasting on a 3-tonne elephant. Throw in a buffalo kill, a second pride of lions, copious leopards and elephants as well as a sprinkling of wild dogs - it is difficult to know where to begin! So let us go back to the beginning and the morning safari of August 1st…

The sun was slowly rising over the beautiful Klaserie Private Nature Reserve when that most iconic sound of all reverberated through the bushveld - the telltale roar of a lion. Following their call, it wasn’t long before the entire pride was successfully located and - to our absolute shock - they were feeding on the fresh carcass of a teenage elephant! Weighing in at around 3 tonnes, the lions were dwarfed by the fallen behemoth and battled to break into the thick hide. Despite having secured a meal fit for an entire village, many of the 26 lions growled and snarled as they defended their corner of the kill. A few more, having eaten their share, lay scattered about the thicket in a meat-induced sleep. 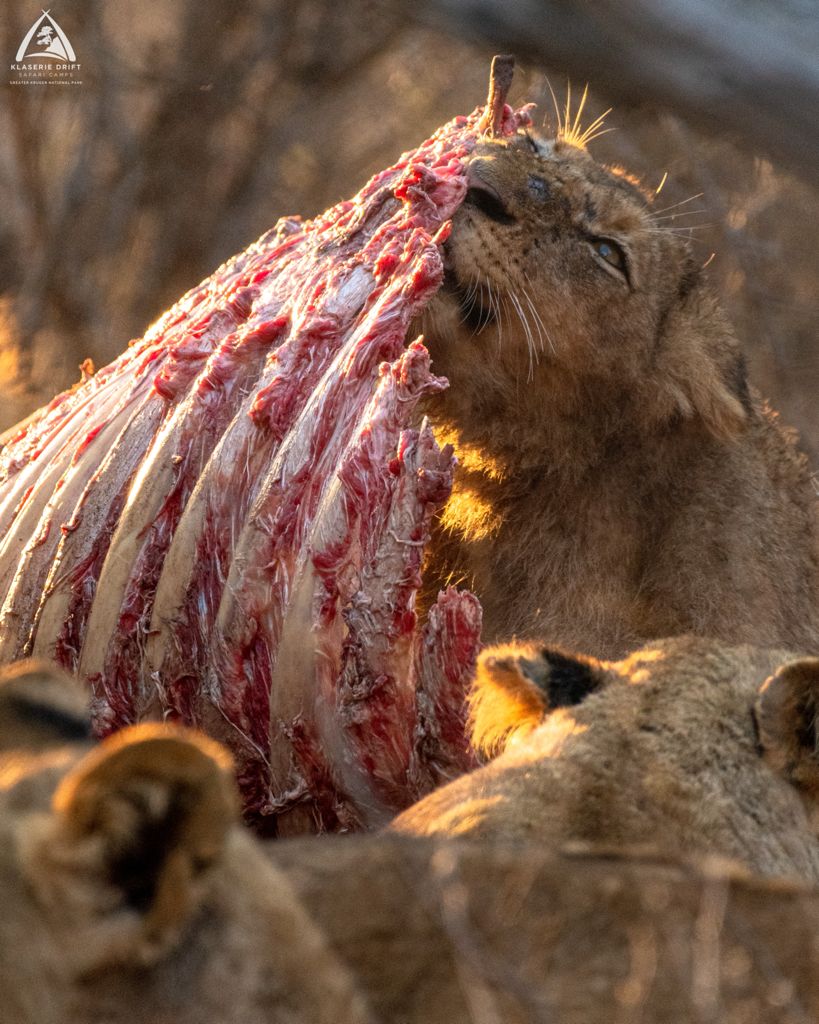 Speechless, our guides and guests ingested the scene before them with wide eyes. Thinking it couldn’t possibly get any better, male Socha then produced a soft moan that quickly caught speed, developing into a chorus of full-blown roars resounding from every lion in every direction! The very ground felt like it physically shook with the awesome tremble of the magnificent River pride. Despite taking photos and videos aplenty, it was clear nothing could ever replicate the awe-inspiring feeling of being present in that very moment.

Within just 48 hours, the ravenous lions had devoured their quarry, leaving us still struggling to comprehend how this scene had even come to be. Most likely, the elephant was a lone teenage bull and possibly injured from a fight with another elephant. The truth is, we may never know what transpired overnight between these two giants of the bushveld - an epic battle between arguably Africa’s most quintessential species.

Following such a momentous beginning to the month, you would be forgiven for thinking it couldn’t possibly get any better. However, just a few days later Hosi, Socha and the River pride struck AGAIN! This time guide Emily and our guests were in exactly the right spot at the right time to witness the lions take down a huge buffalo bull - from laying the initial trap after spotting their oblivious target to the eventual chase and kill. With so many formidable predators on its tail, the kill itself was mercifully quick and they dispatched the bull within 20 minutes. Once again, a frenetic bout of feeding followed and they consumed the entire 800kg beast in less than 24 hours. Nothing, it seems, can hold this pride in one place for long. 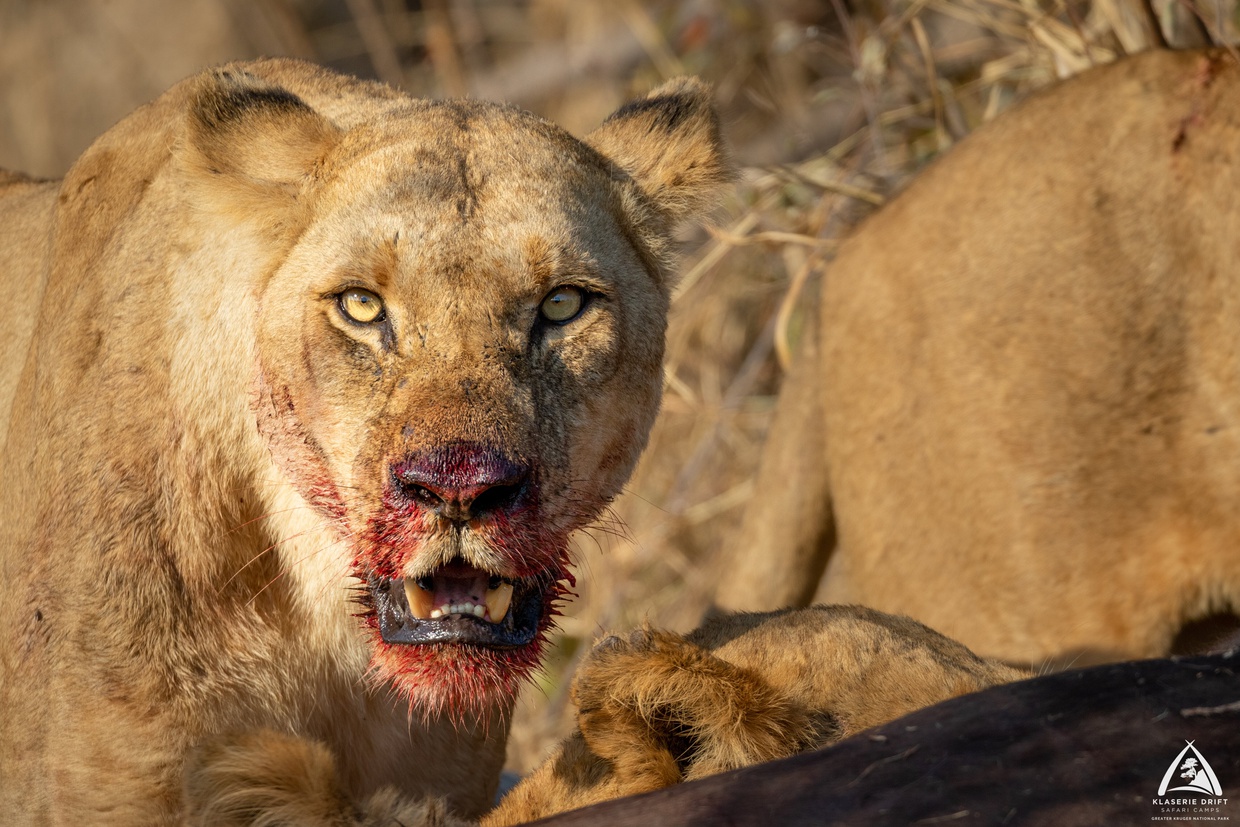 The rest of August continued with more wonderful sightings of the River pride, as well as a welcome sighting of the much lesser seen Timbila pride, normally found in the north of the Klaserie. Overall, it has been a mesmerising month of lion sightings here at Klaserie Drift.

Not to be outdone by their larger cousins, the leopards have been also been putting on quite a show this month. Sightings of Xivindzi, Manzi, the Pale male, Saseka and the shy female with a young cub have all featured as guest highlights over August. In one particular sighting, guide Nick was driving back to the lodge in the dark when he was interrupted by a hyena blocking the road. They stopped to enjoy the sighting when Nick noticed the hyena very slightly turn its attention towards a nearby tree. He swung his spotlight around and realised a leopard was perfectly perched - hidden amongst the branches - with a fresh duiker kill. Later inspection revealed it was the lovely Saseka and our guests spent a magical half hour in her company before she decided to slip into the shadows. 2 more days of wonderful sightings followed as she nonchalantly finished her meal, coming down to lie in the grass right next to the vehicle in between. 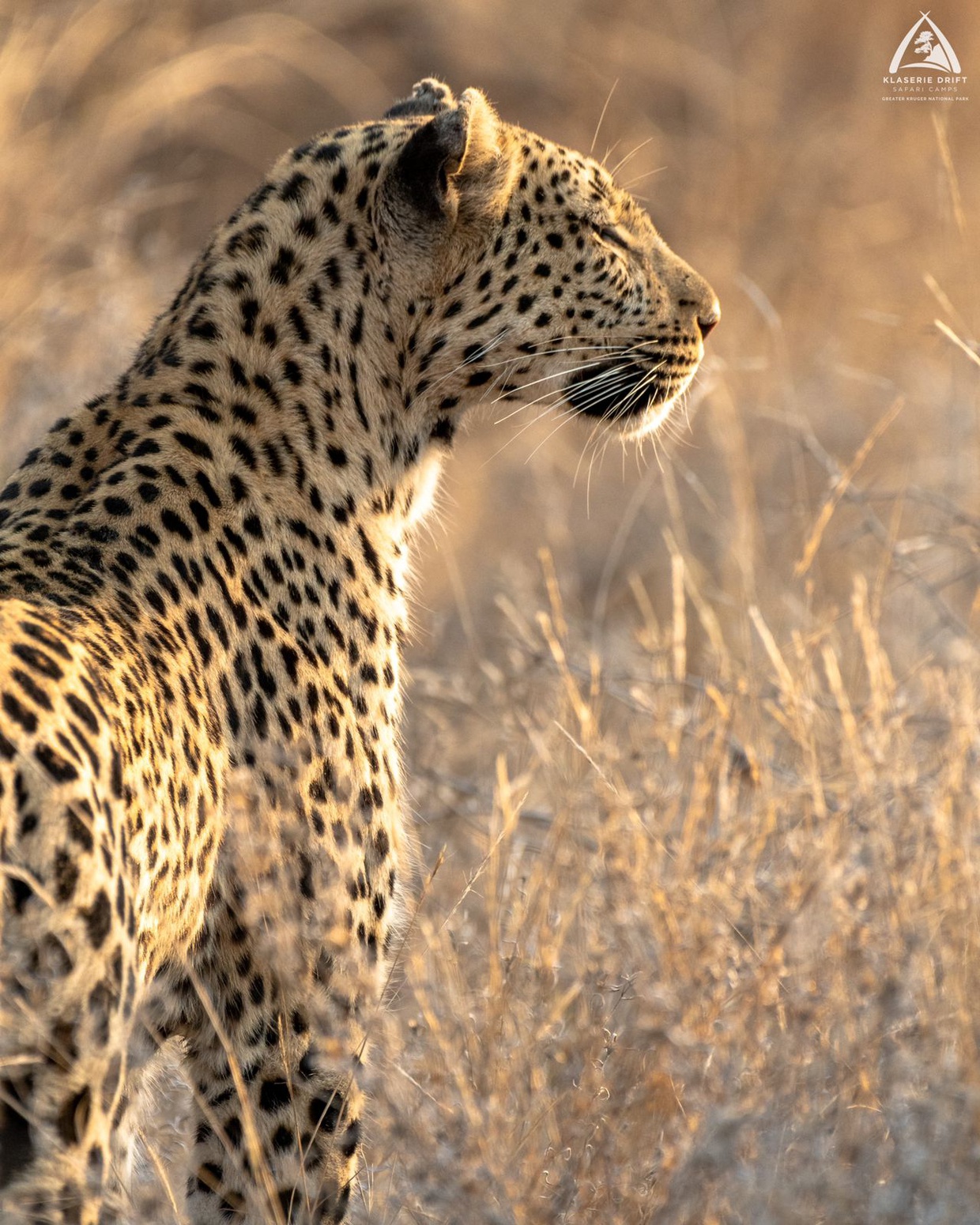 In another sighting, guide Matt located an unknown female leopard in the Klaserie river by her loud, rasping call. As he pursued her through the bush, he noticed another leopard calling in a different direction. Soon enough, the two females were embroiled in a heated dispute. Although highly territorial by nature, a leopard’s territory will move and change over time as other factors influence them - from a movement in prey or water availability to the arrival of other competitors. On this occasion, it appears one of the females was hoping to encroach in the other’s territory although the resident female managed to successfully chase her off. A phenomenal interaction between a normally solitary species!

Over the course of the month we have had weekly sightings of the small pack of rare African wild dogs as they played and hunted throughout our traverse. Ever a social species, their survival is intrinsically linked to the strength of the pack, with an average pack being around 11 or 12 members. This particular group seems to have only 6 members, however it is possible they are a “breakaway” of males waiting to find a similar group of females and begin a new generation of puppies. Unfortunately, the two injured dogs were not seen with the others on some occasions as it seems their injuries may finally be catching up with them. 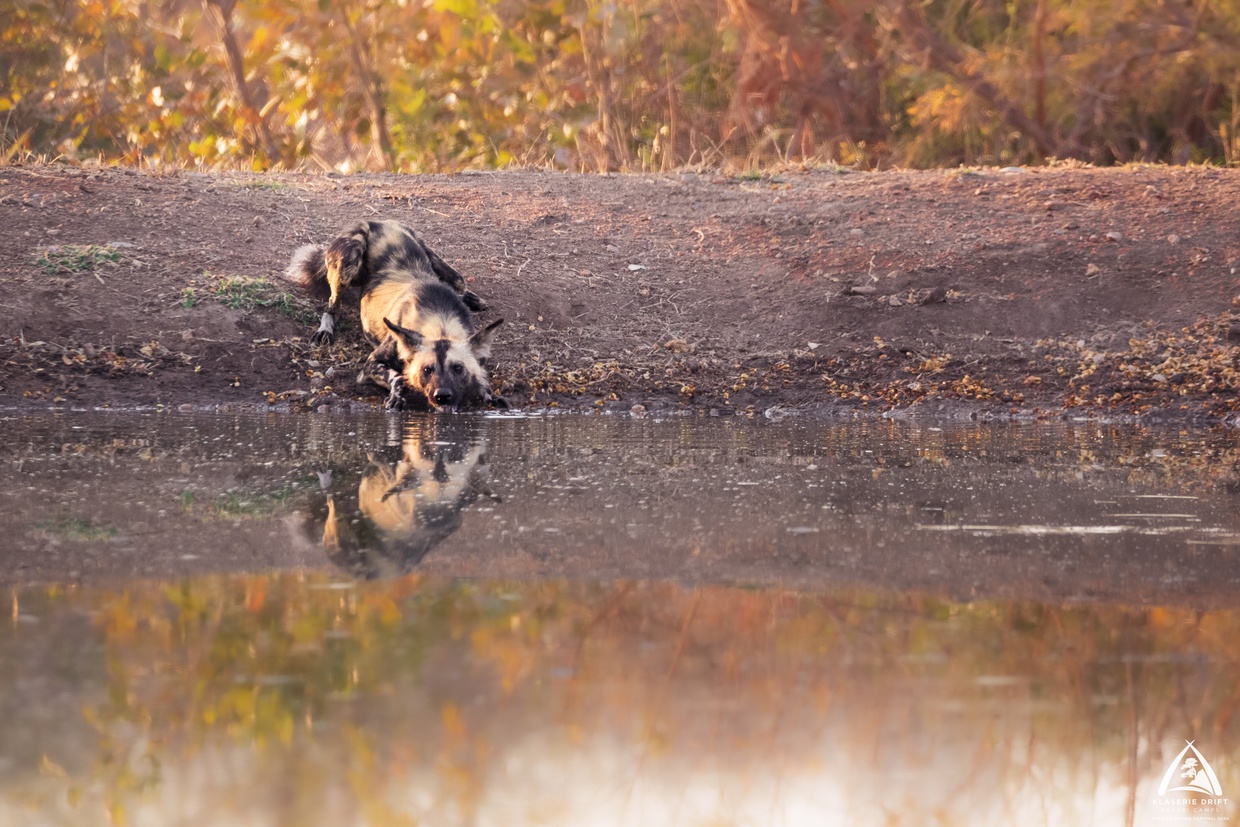 As with last month, we have been extremely privileged to bear witness to an endangered black rhino over August. The confident male seems to bely his species’ shy nature and, although still extremely difficult to track down, it has been such a treat to see him enjoying life on the reserve alongside his wide-mouthed cousins. 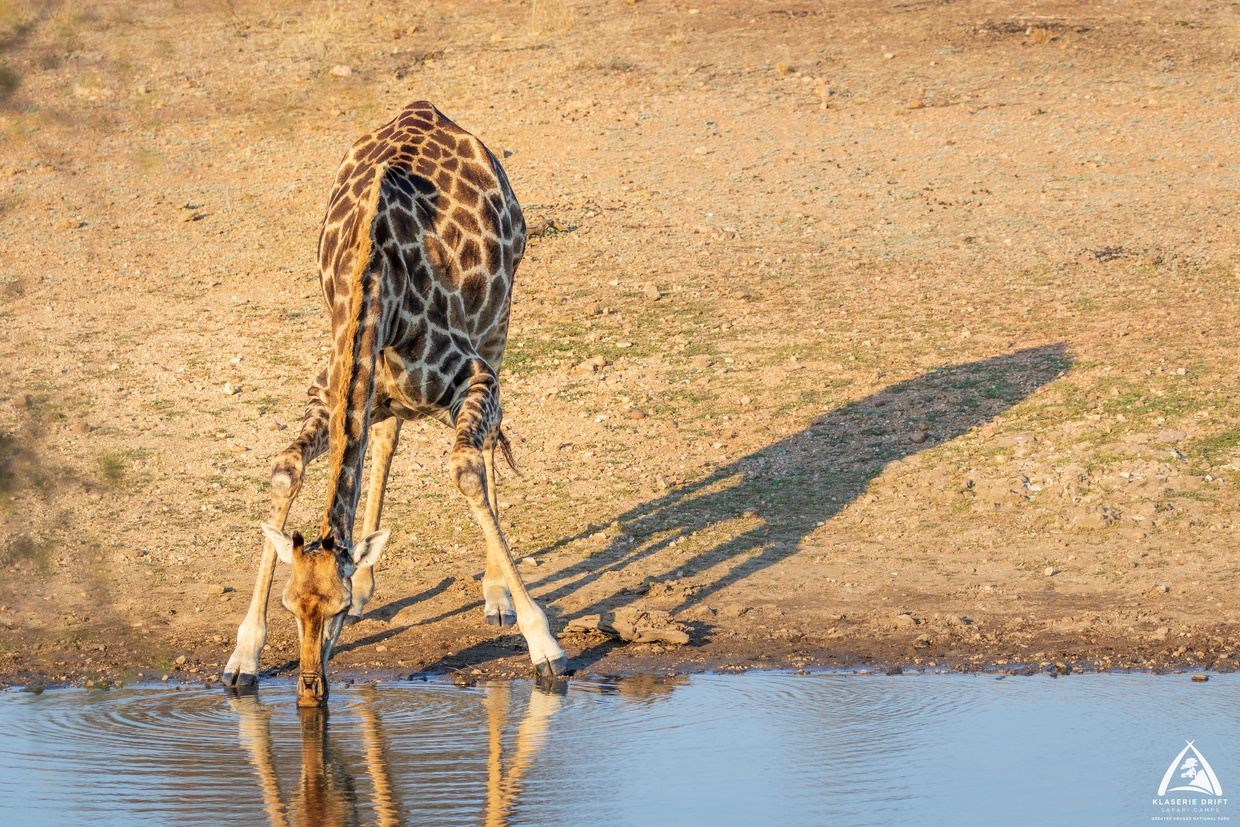 Of the many wonderful elephants sighted throughout the property, one specific individual left a lasting impression amongst our guides. A fully mature male with one enormous tusk - conferring him the title of a “big tusker” - was spotted gracefully splashing water over himself at a local waterhole. As female elephants only come into oestrus for a few days every four years, these large males will often roam huge distances in search of opportunities to mate and this could well be the first time he has visited this area!

Last, but not least, we have enjoyed plentiful general game on our twice daily safaris. From the tallest giraffes to the smallest steenbok, it is always a pleasure to spend time watching these wild animals roaming free in the reserve. When coming on safari it is easy to get lost in the idea of “chasing a sighting” and ticking off the “big” animals. However, there is so much joy to be had in the smaller things - from sitting quietly with a mother zebra as she nurses her foal to listening to the hilarious snort of hippo over coffee. The bush is alive at every turn and our guides can’t wait to discover more of her secrets with you! 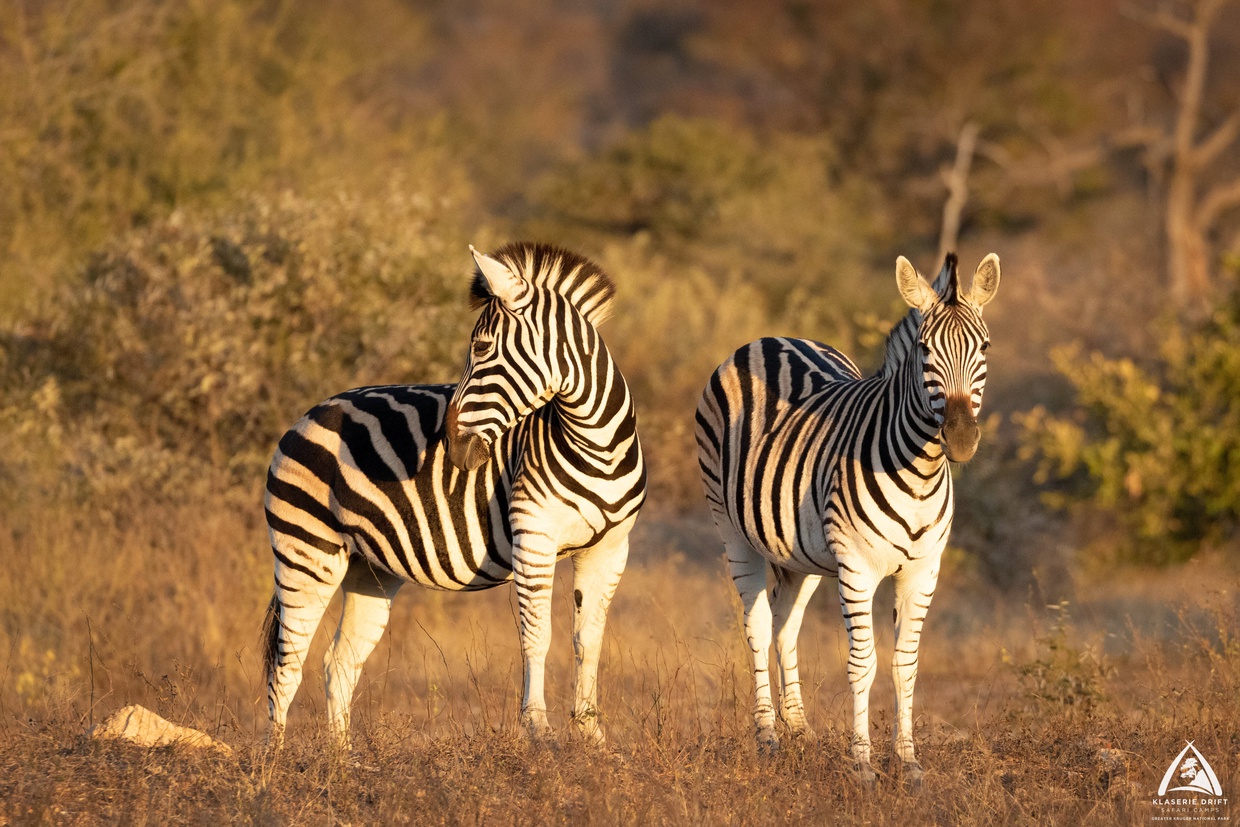