Posted by Emily on Wed October 20, 2021 in Sightings Report.

Heralded as one of the best months to visit on safari - due to it being right at the end of the dry season and with the moderate, transitional temperatures of spring - September has lived up to its expectations at Klaserie Drift. Some astounding moments on safari this month, from lions on kills to baby leopards, has made every second in the bush full of awe and amazement. Keep reading to find out more…

Throughout the first half of September, the Klaserie was bursting with lions at every turn as the 26-28 strong River pride were spotted feasting on zebra kills on two different occasions. For such a huge pride, these kills were barely enough to go around and so the carcasses were each devoured within a matter of hours - leaving our guests in utter disbelief! Between meals, one particularly special moment stands out as the entire pride were spotted relaxing next to our famous KD bridge. With the adults taking a light snooze, the cubs took advantage of a moment to play and run amok with each other. Watching the tiniest youngsters interact with their much older cousins was a magical moment to behold. At one point, the game vehicle was completely surrounded by lions - just a few metres away in every direction - as our guests sat wide-eyed and grinning! Most definitely a highlight to remember for guide and guests alike. 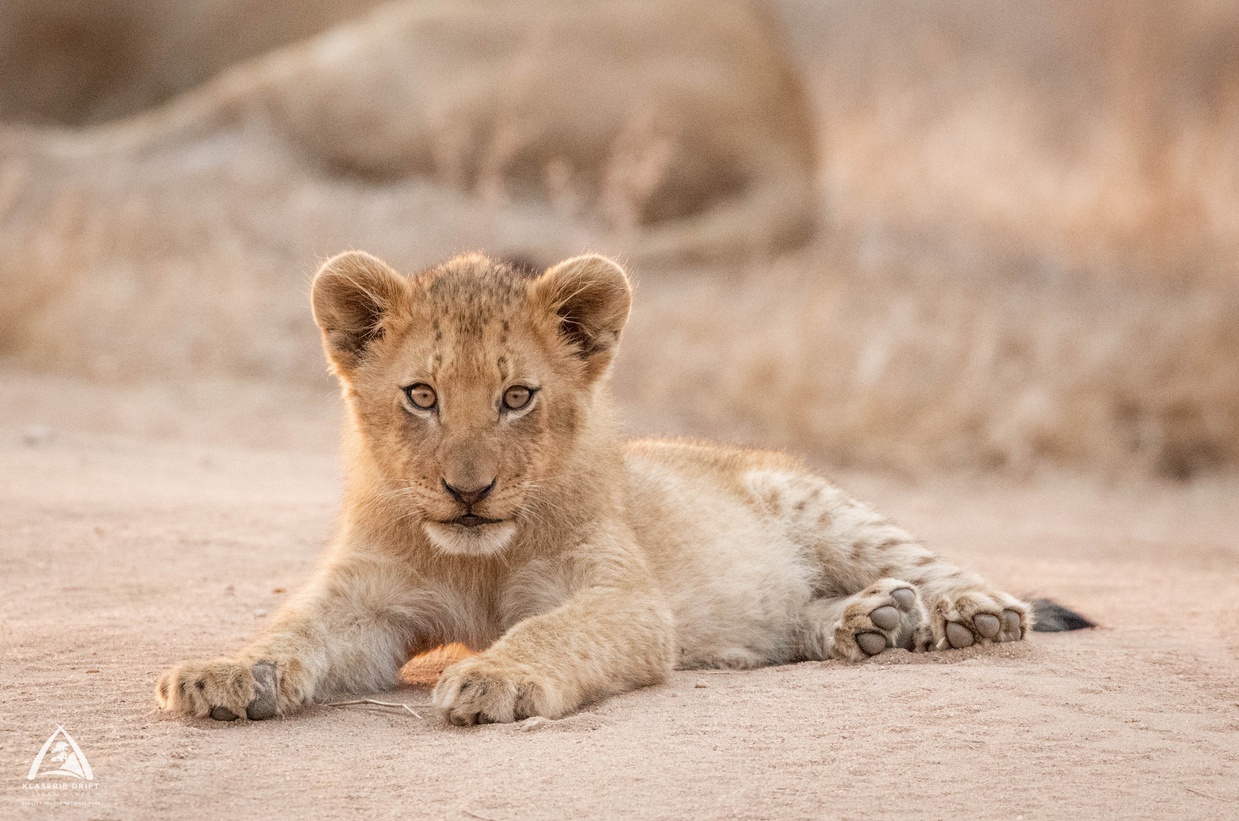 A lion cub of the River pride

As the month marched on, the lions were forced to range further from their core territory around the lodge in order to fill their ever-demanding bellies. The females dipped under the radar for a while, although our magnificent males - Hosi and Socha - continued to fascinate and thrill as they reinforced their ownership over the land with their rib-rattling roars and placid nature, allowing the vehicles to get close enough to almost tickle them under their chins! 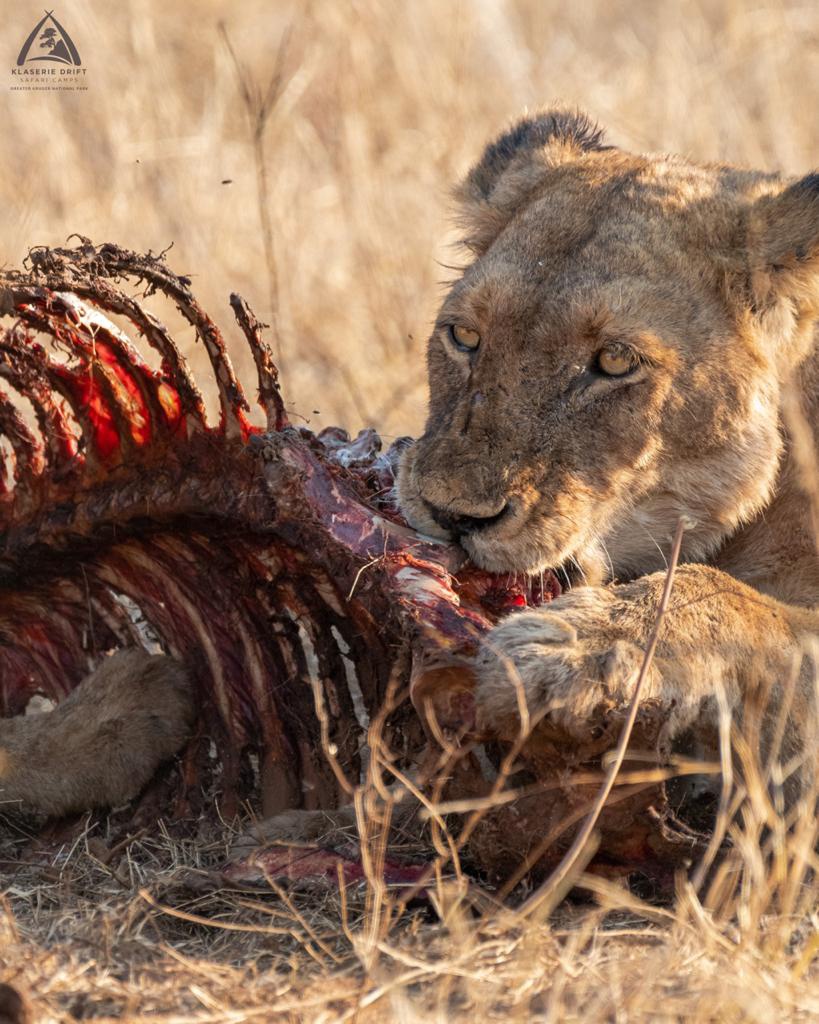 A River pride female with the remains of a zebra kill

As the lion activity reduced towards the end of September, so the leopards took centre stage. Wonderful sightings of Saseka, Xivindzi and the Pale Male as well as some unknown leopards kept us constantly on our toes. The highly successful Manzi was twice spotted with impala kills, although one was eventually stolen by an opportunistic hyena.

However, the crown for most special sightings this month must be shared between 3 very special new members to the Klaserie Drift fold. The cub of the shy Island female - first introduced to us in June - has been seen only fleetingly until this month when the youngster was spotted casually relaxing on the rocks above the KD bridge. Upon further inspection, our guides discovered a small kill stashed in the boulders - a perfect chance for us to finally get a look at this mysterious little one. With our binoculars ready, we at last confirmed the cub to be a beautiful female - a brand new princess to the area! With her skittish mother absent, our vehicles cautiously approached the rocks - at first just one at a time - to discern how relaxed this tiny leopard would be. Incredibly, the youngster barely flinched at us and continued dozing on the rocks. Realising she had somehow belied her mother’s cautious nature, our two cars were able to sit within 20 metres as we watched her eventually become active, jumping in the rocks and even doggedly chasing after a business of mongoose that caught her eye! Over the next 2 days our lucky guests enjoyed several sightings of the young cub as she ultimately finished off her meal and moved away with mum to the next secret location. What a special introduction indeed! 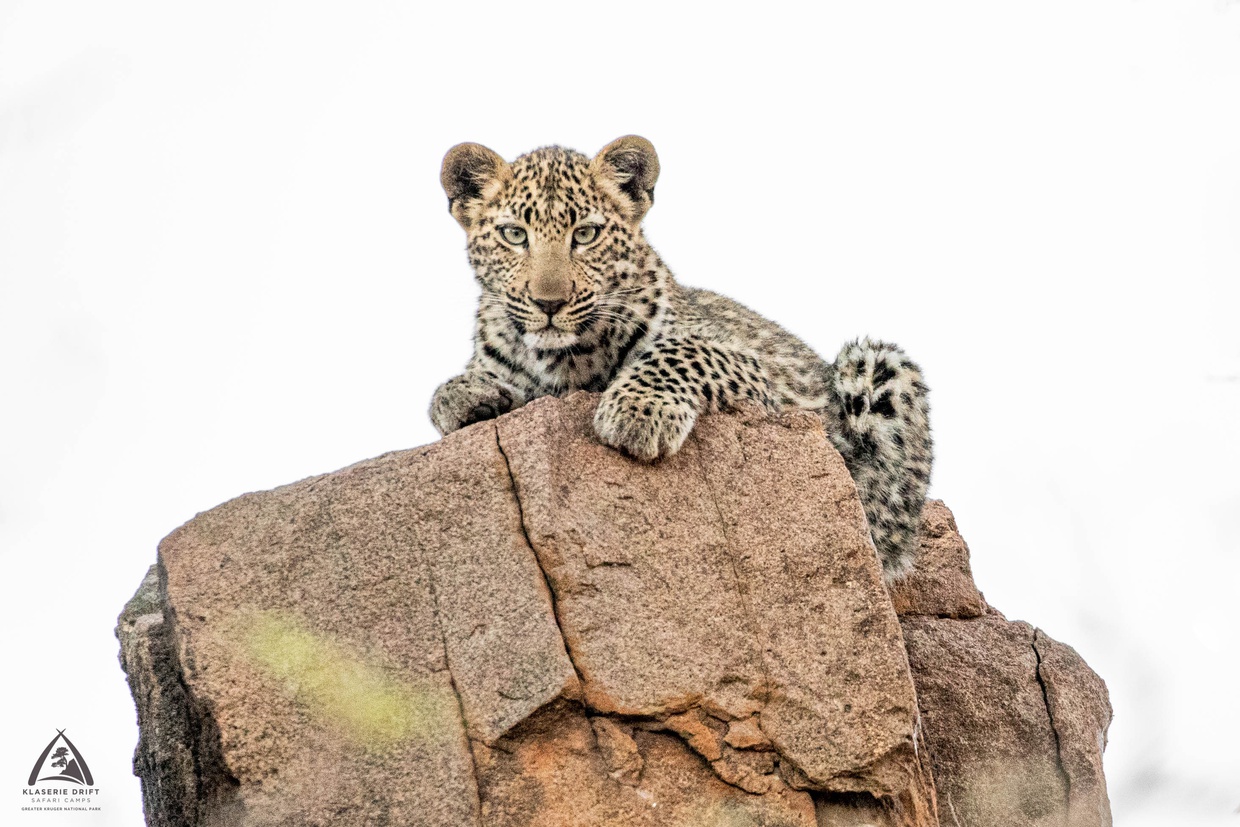 The female cub of the Island female

The second leopard highlight came right at the end of September as we finally got to meet Manzi’s pair of even smaller cubs. Probably around 3 months old, Manzi was spotted walking along the river line with her two tiny bundles in tow. For 30 minutes, our guests watched the confident mother gently contact calling to her little ones, encouraging them to follow her out into the strange world beyond their den. Still slightly wobbly-legged, they bumbled after her across the sand and, finally, up the ridge and out of sight. A blissful insight into the secret world of mother and babies that will long be remembered by everyone fortunate enough to witness it. 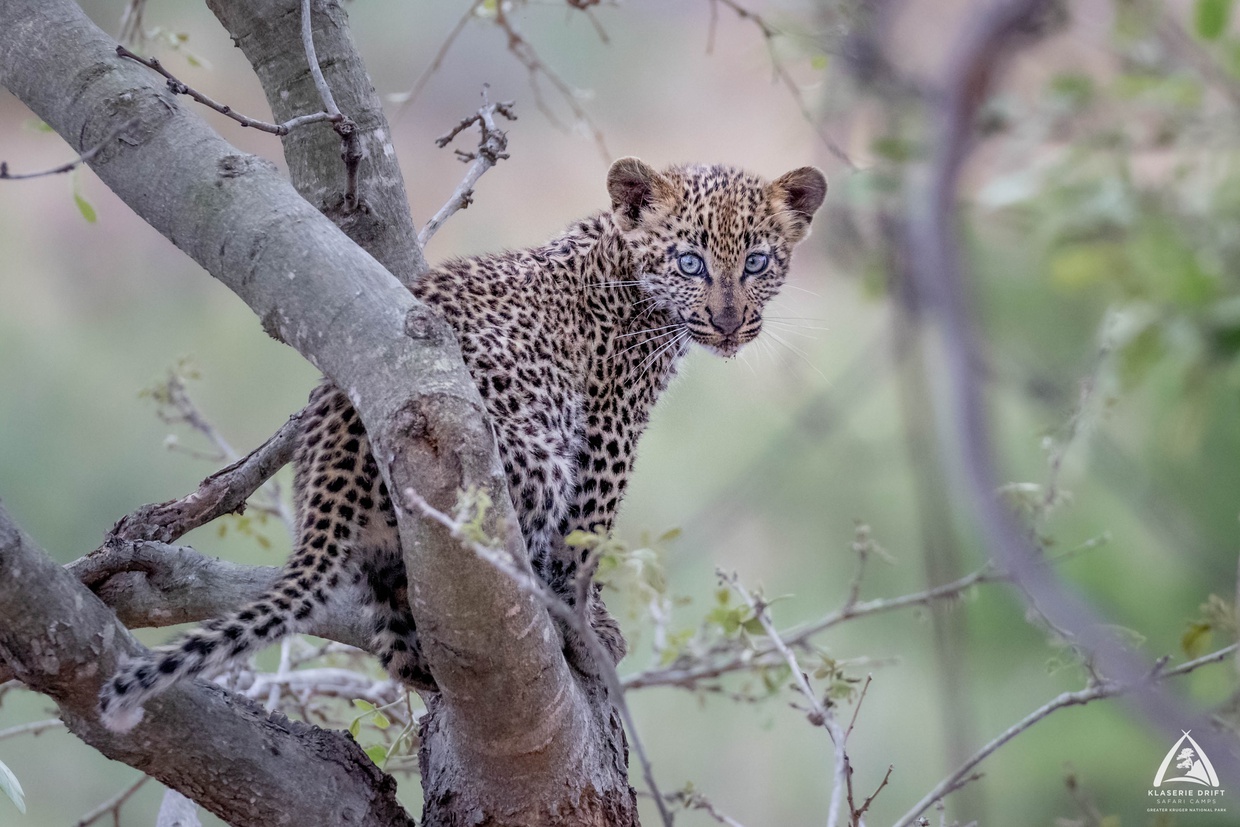 One of Manzi's young cubs

Finally, as if there wasn’t already enough amazing leopard activity this month, a rare sighting of the Thomas male on an impala kill to our east as well as the return of a ghost - the once much celebrated Ally! Also known as Alex, this young male has not been seen in our parts for likely a couple of years or more. Denned as a tiny cub within our traverse roughly 3 and a half years ago, we spent an incredible 18 months watching him grow into a relaxed and handsome young male before he departed for a nomadic life.

Amazingly, Ally has flourished in his time away into a successful adult and was spotted romancing a female leopard well within the territory of his fearsome father, the Pale male. Our guests watched for almost an hour as the female flirted and followed our boy through the bush. Though closely related, it is unlikely the Pale male will tolerate another mature male in his area and so we wait with baited breath on the outcome of this latest intrusion. Will we see the much missed Ally again or was it a fleeting but magical window into the past? Time will tell…. 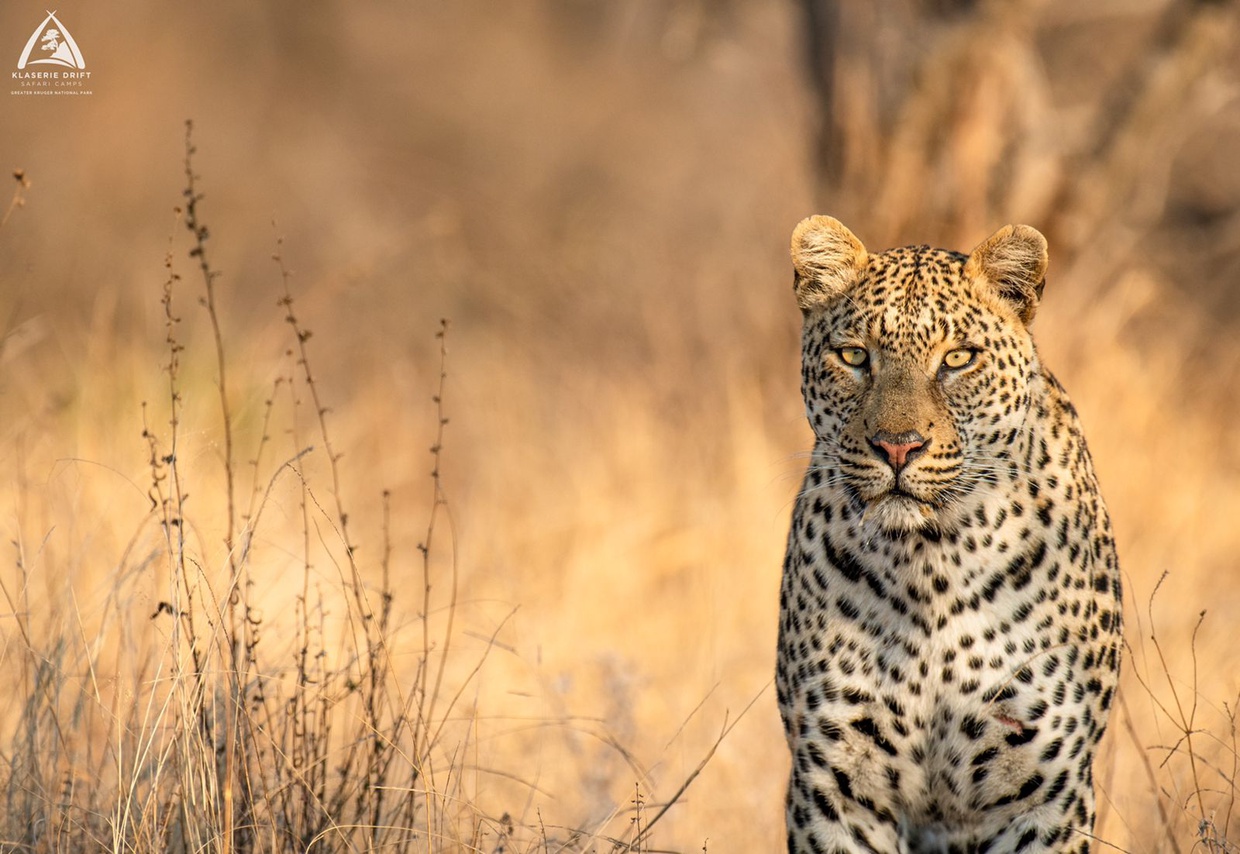 The return of Ally

As the rainy season looms, the migrant birds continue to move back into their summer breeding or feeding grounds. Lesser-striped and red-breasted swallows, Wahlberg’s eagles, yellow-billed kites and even an osprey were new sightings for the month. The giraffe and antelope scatter themselves throughout the bush, providing many wonderful wildlife moments in between the highly-prized predator sightings.

The elephants have been as fantastic as ever throughout September, with a couple of exciting sightings of a “big tusker” in the area. Identified as Tussle, this mature bull has a pair of thick, broad tusks that are as rare as they are impressive to see up close. These large males are often extremely docile, despite their intimidating size, allowing for thrilling experiences whilst on safari. The female elephants didn’t disappoint either, with some wonderful close-up encounters of the breeding herds with their babies as they flocked to the Klaserie river for nourishment and refreshment. 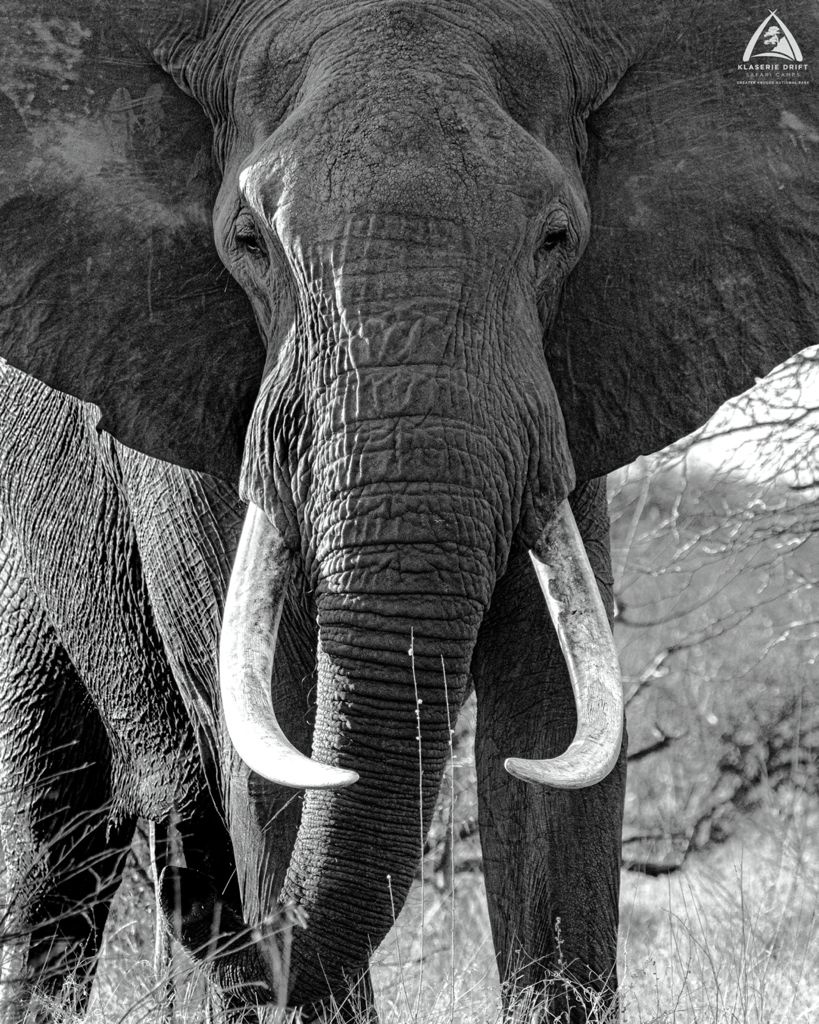 The small herds of buffalo bulls continue to populate the river reeds and, as the dry season comes to an end, the breeding herds have also been returning to the river system - a welcome sight. Our dehorned rhino, although less common to see, have completed an excellent month of “big 5” sightings - with an extra special sighting of a black rhino bull - an extremely endangered animal!

Last, but certainly not least, was a very unusual and special sighting of hyenas and vulture fighting over a giraffe carcass. Although it was unclear how the animal died, the faithful scavengers soon arrived on scene to clear up the mess before disease and rot could set in and, in doing so, made a vital contribution to the health of the ecosystem. Watching the animal kingdom’s most powerful set of jaws make small work of the giraffe’s thick skin and even some of the bones was incredible to watch. In the evening, as more and more hyena approached the area, the noise level erupted into haunting whoops and bursts of cackling laughter - an eerie and somewhat unnerving experience in the dark!

Overall, September has been an exciting and bountiful month to visit Klaserie Drift on safari. Now, with the wet season poised to take over, we look forward to all the glorious changes that come with it. 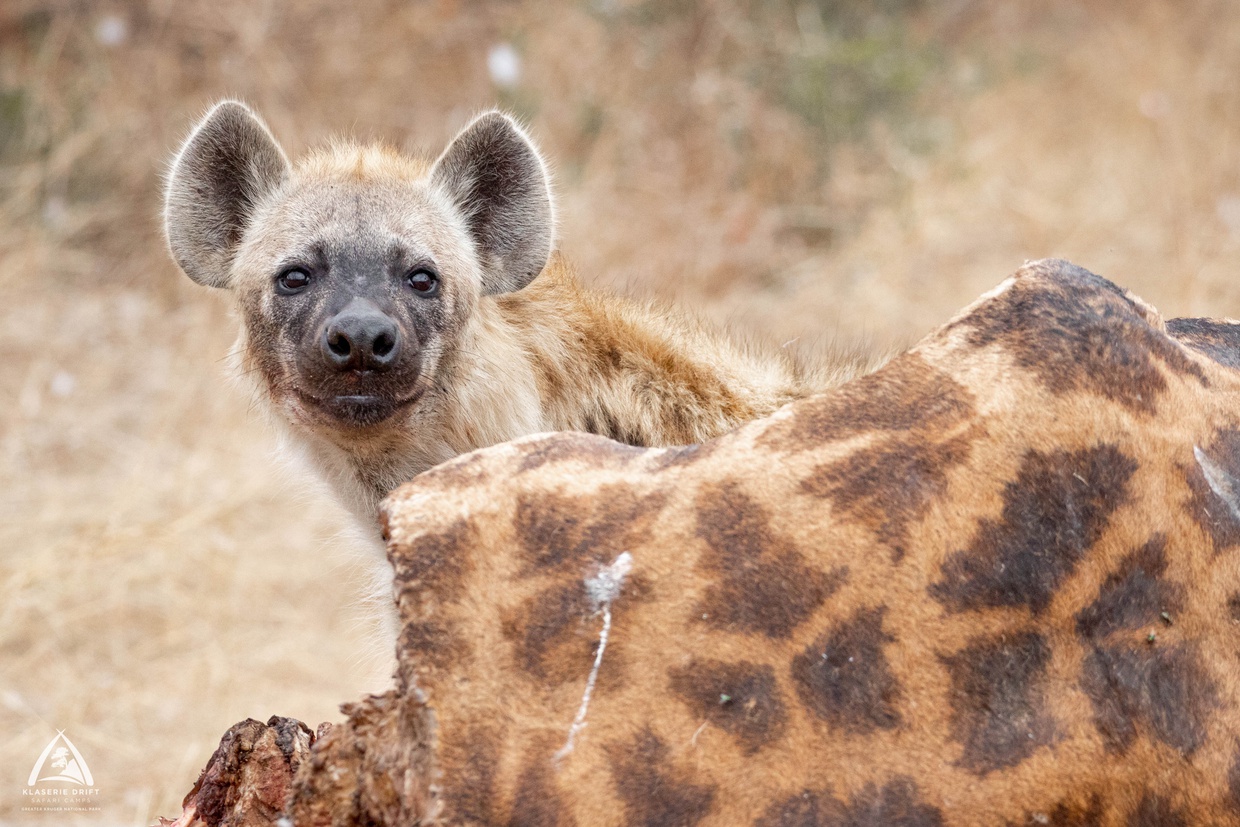