What is the difference between the Greater Kruger and the Kruger National Park? It's a common question we get asked so we've decided to put it into writing - find out what really separates these two incredible places and discover which one you should book for your next adventure.

In 1898 the Sabie Game Reserve was formed as part of the revolutionary vision of then president Paul Kruger to protect the dwindling wildlife of the lowveld. By 1926, this area has grown and transformed into the beginnings of the Kruger National Park. With conservation at its heart, tourism was only introduced at this later stage to help generate a revenue for the area. Over the last century, roads and rest camps have been added and the borders constantly expanded, creating the 2-million hectare National Park of today.

As government-owned land, the park is managed and preserved by SAN Parks. Day tourists doing a self-drive safari in their private vehicles form the majority of the visitors to the park. However, many choose to sleep in the budget-friendly rest camps or at one of the private lodges with concessions inside the park as well. 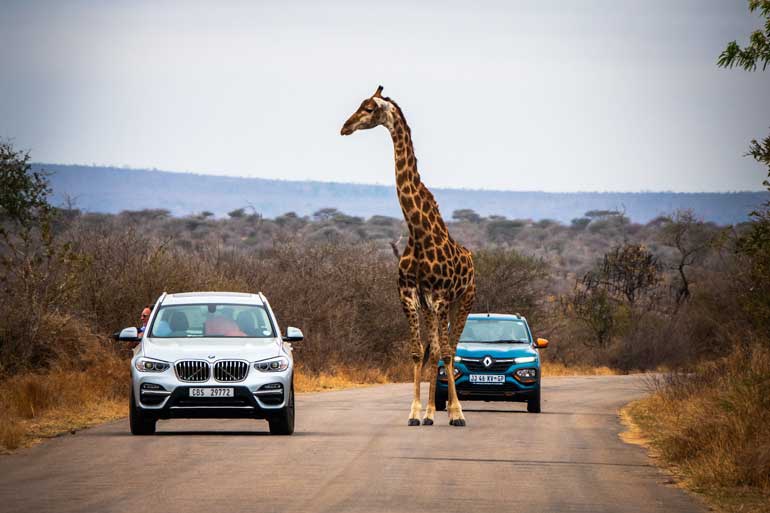 Popular areas of the park can be very busy, especially in peak times. This can cause congestion at key sightings which can detract from the experience. However, for most visitors the Kruger National Park is a budget-friendly, D-I-Y safari in a world-class game reserve. It is the shining-star of National Parks and conservation success stories across the whole of Africa and beyond and an irreplaceable part of our natural heritage.

The Greater Kruger is made up of various private game reserves on the unfenced, western boundary of the Kruger National Park. In South Africa’s continual quest to be at the forefront of conservation, the need to create ever larger protected areas for the free movement and migration of wildlife is seen as critical. By removing the fences between the Kruger National Park and the Greater Kruger, local historical migration patterns have been reignited. Thus, the 344,000 hectares that currently make up the Greater Kruger add a significant portion of land to the Kruger area as a whole. 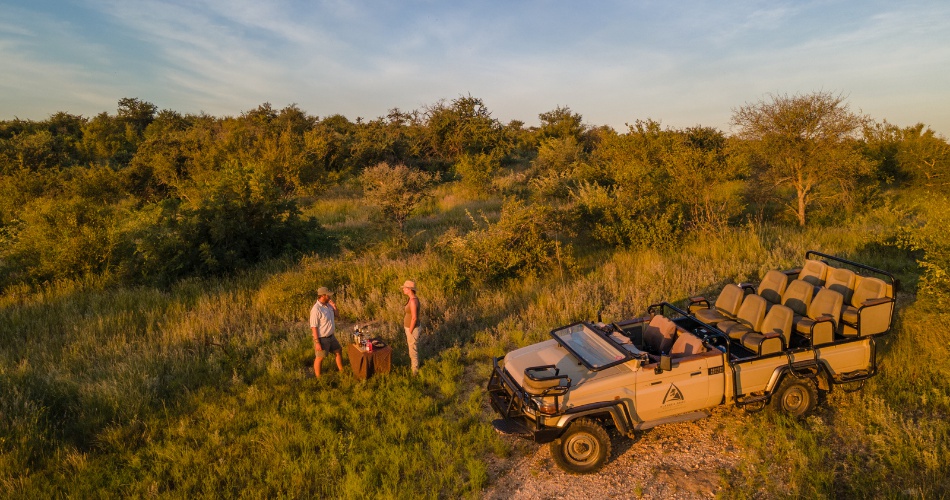 Private game drives in the Greater Kruger with Klaserie Drift

However, where the Kruger National Park is government owned, the Greater Kruger is a collection of private and community landowners that have come together under the banner of various private reserves. The borders between these reserves and the KNP are merely on paper, although there is no free movement of visitors allowed between the two - this right is exclusively for the animals! The Klaserie Private Nature Reserve - where we are located - is one of the largest, contributing a massive 60,000 hectares of unspoilt, ‘Big-5’ wilderness. The Timbavati, joined with us as part of the Associated Private Nature Reserves (APNR), and the Sabi Sand Reserves are some other well-known reserves that help form the Greater Kruger. So, as far as the animals are concerned, there is little difference between the Kruger National Park and the Greater Kruger. However, for the tourists, the difference is marked, as you will see next. 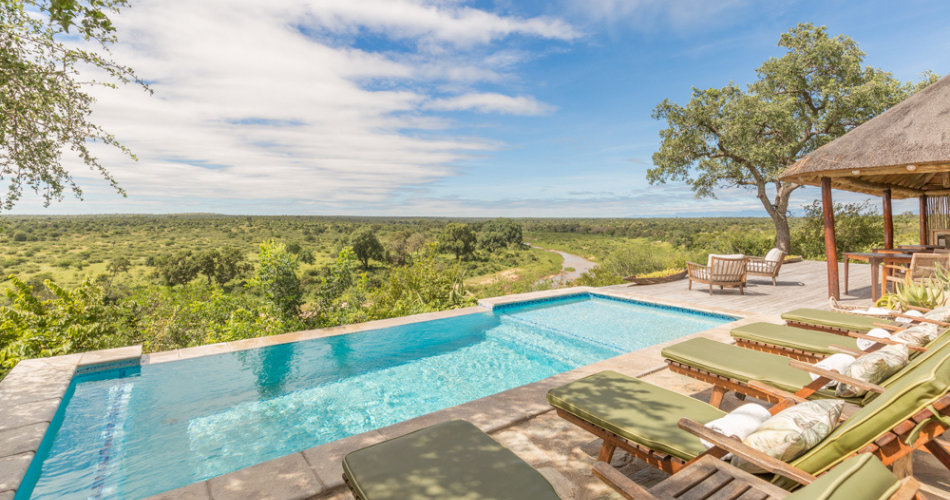 Why visit the Greater Kruger?

Now that you know KNP and Greater Kruger are both parts of the same, unfenced conservation area, you would be forgiven for wondering what the difference is for your safari holiday. Whereas the majority of the Kruger National Park allows self-drive safaris and day visitors, here in the Klaserie (and much of the Greater Kruger) this isn’t allowed, meaning you have our pristine wilderness all to yourselves.

At Klaserie Drift we also have a strict policy of only two game vehicles being allowed in a sighting with an animal. This has several obvious benefits to the animals, but also to our guests who can enjoy the exclusivity and peace of nature whilst witnessing the animal’s natural behaviour. Our low car-density also means there is rarely pressure to leave a sighting quickly and the impact on vegetation is minimal, even when we off-road to follow or get closer to an animal (something that is not allowed in the KNP). 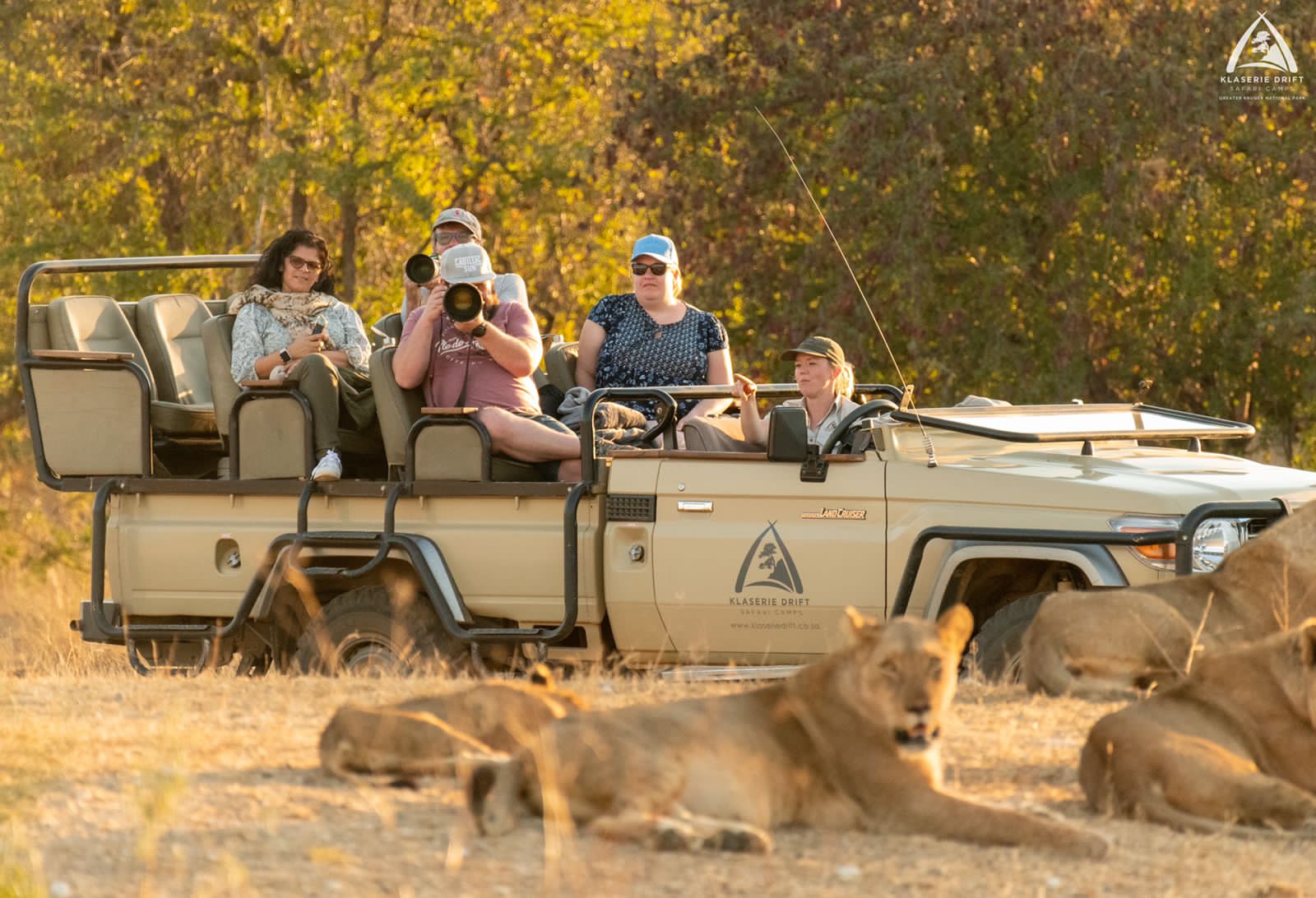 But what about the accommodation? The accommodation within the KNP, such as the standard rondavel shown below, is mostly considered comfortable but basic. Camping or self-catered bungalows are the bread and butter of these D-I-Y safaris and create an affordable, adventurous experience for those that relish this type of holiday. Many intrepid South Africans make their annual migration to the Kruger National Park during the school holidays, although some still prefer to treat themselves to a little luxury in the Greater Kruger as well. Our particular lodge (that's our pool overlooking the Greater Kruger above) is the only certified 5* lodge in the Klaserie, meaning you can relax knowing everything will be completely taken care of! 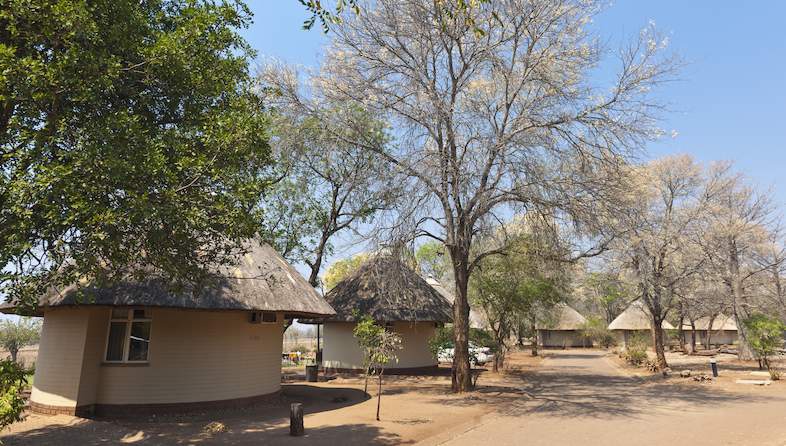 However, for the average international traveller, a D-I-Y safari is a lot to ask when visiting a foreign country - let alone seeing wild-roaming elephants and lions - and often for the first time! To truly get the most out of your time in South Africa, we believe an all-inclusive stay, complete with guided safaris, is a luxury worth budgeting for. Our guides have spent years studying animal behaviour and movements, giving you the best possible chance to spot your favourite animals whilst learning some fascinating facts along the way. From trees and birds to the ancient art of tracking, our guides ensure your safari experience is more than just a tick list and can be tailored to your specific interests. Combined with a 5* lodge set in the heart of the Greater Kruger wilderness, the question really is - what are you waiting for? 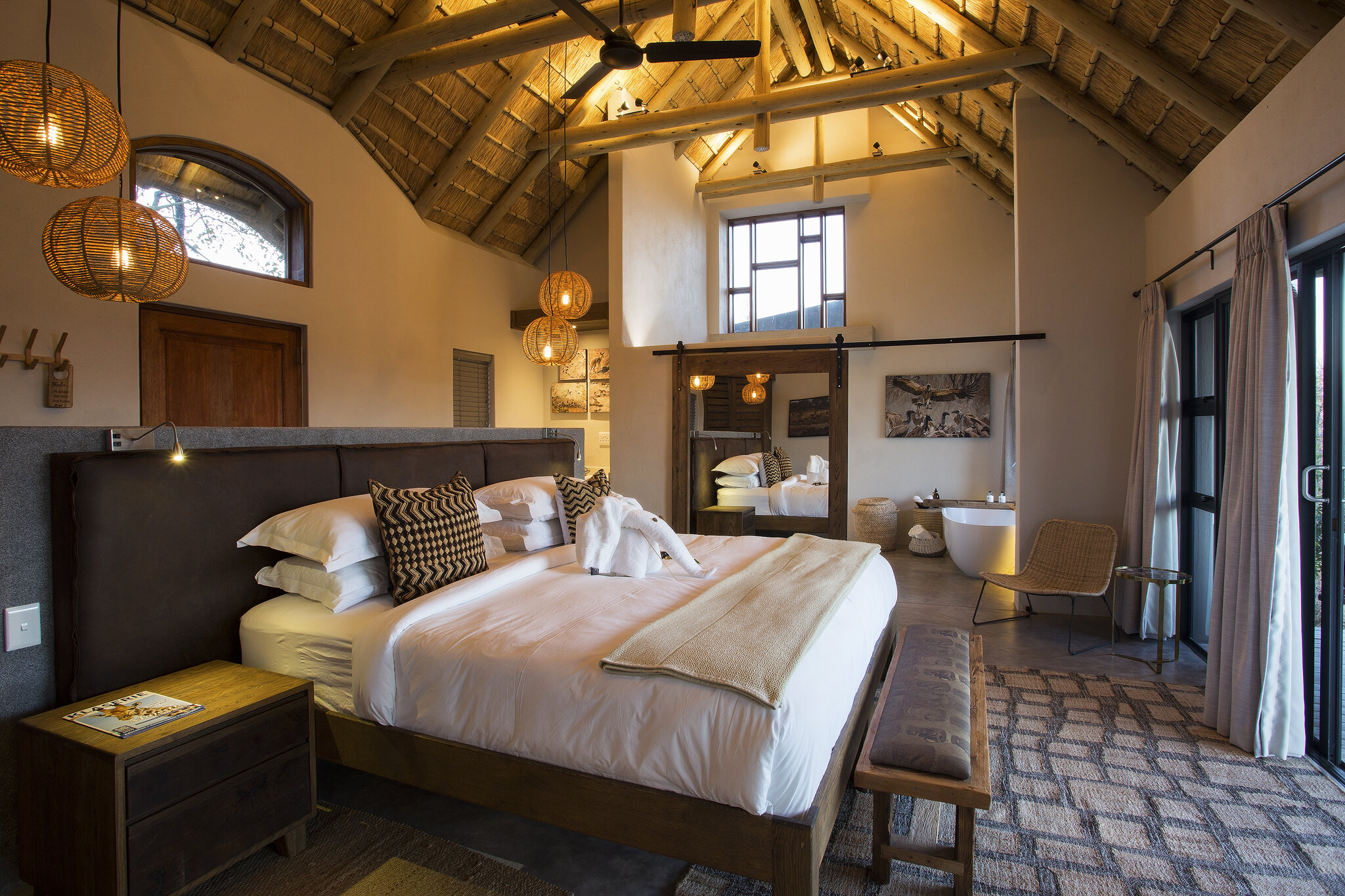