Posted by Emily on Mon January 11, 2021 in Sightings Report.

Both the Klaserie river and the sightings were flowing at full speed this month! As the year drew to a close, we enjoyed watching new life erupt in the bush veld. Plus guide Emily spotted a very special cat that left her almost speechless...keep reading to find out more.

With such a difficult year coming to a close, December was a much-needed month of wonderful sightings and cherished moments. The rains returned with a vengeance, finally filling our vast Klaserie river until the water began gushing over the KD bridge. Everywhere we look lambs, foals and calves are springing into playful abundance, breathing new life into the bush. The elephants, in particular, have relished the returning river by descending into her deep waters in their droves to splash and jostle like children at the pool. Even the mud pans are bursting at the seams with warthog, hyena, buffalo and rhino loving nothing more than to while away the day in the refreshing wallows. 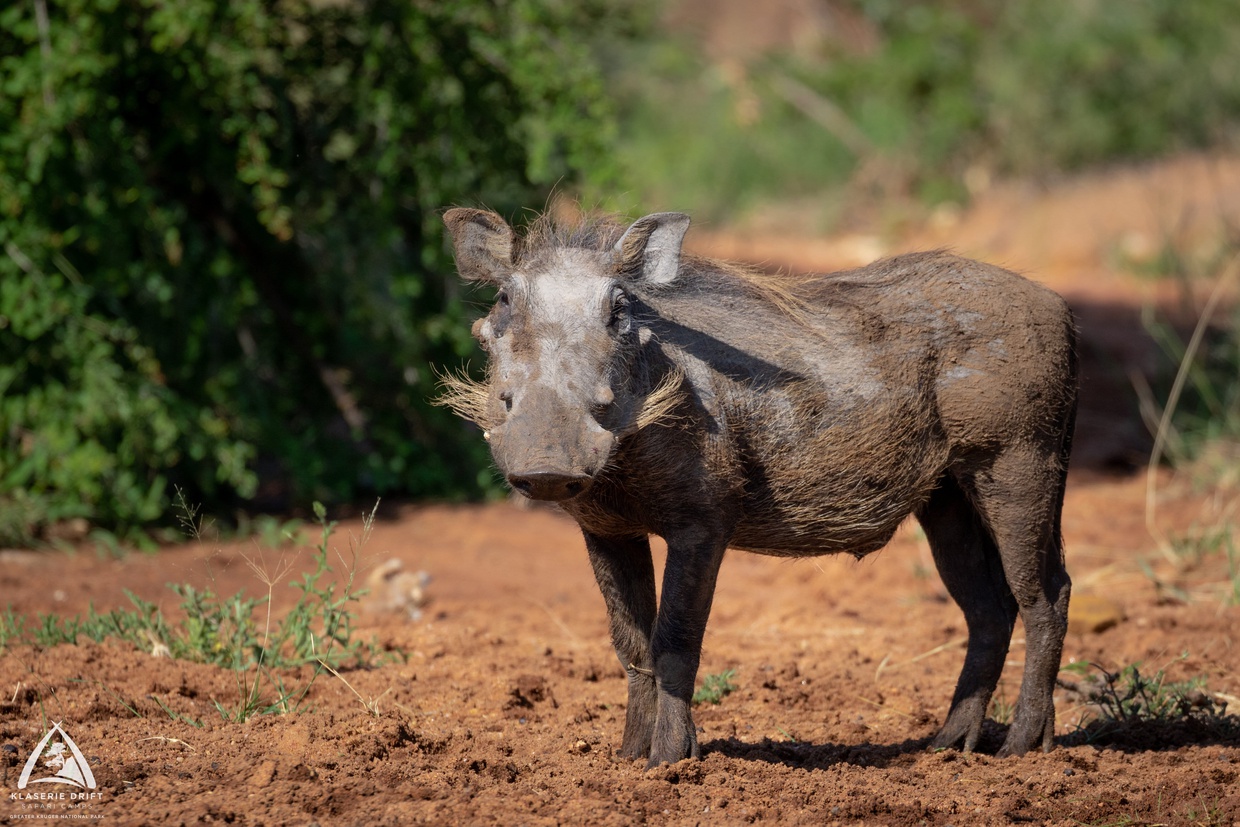 Of the big cats, the River Pride has once again proved the a highlight of many guest stays. The growing cubs are pushing the pride to kill more and more often and we were lucky to capture them feasting on both a wildebeest and a giraffe, the cubs fiercely fighting for their seat at the dinner table. Towards the end of the month, the pride made an unprecedented move to the far southern end of their territory and stayed in the same spot for 3 days, whilst the dominant males Hosi and Socha were spotted covering tremendous ground in the north-west. Although we can’t confirm what happened, we believe there may have been a dispute or invasion amongst rival lions that caused the upset. Happily, the triumphant boys were soon back to check up on their females, albeit sporting a few extra scars, and the pride returned to its normal behaviour once more. 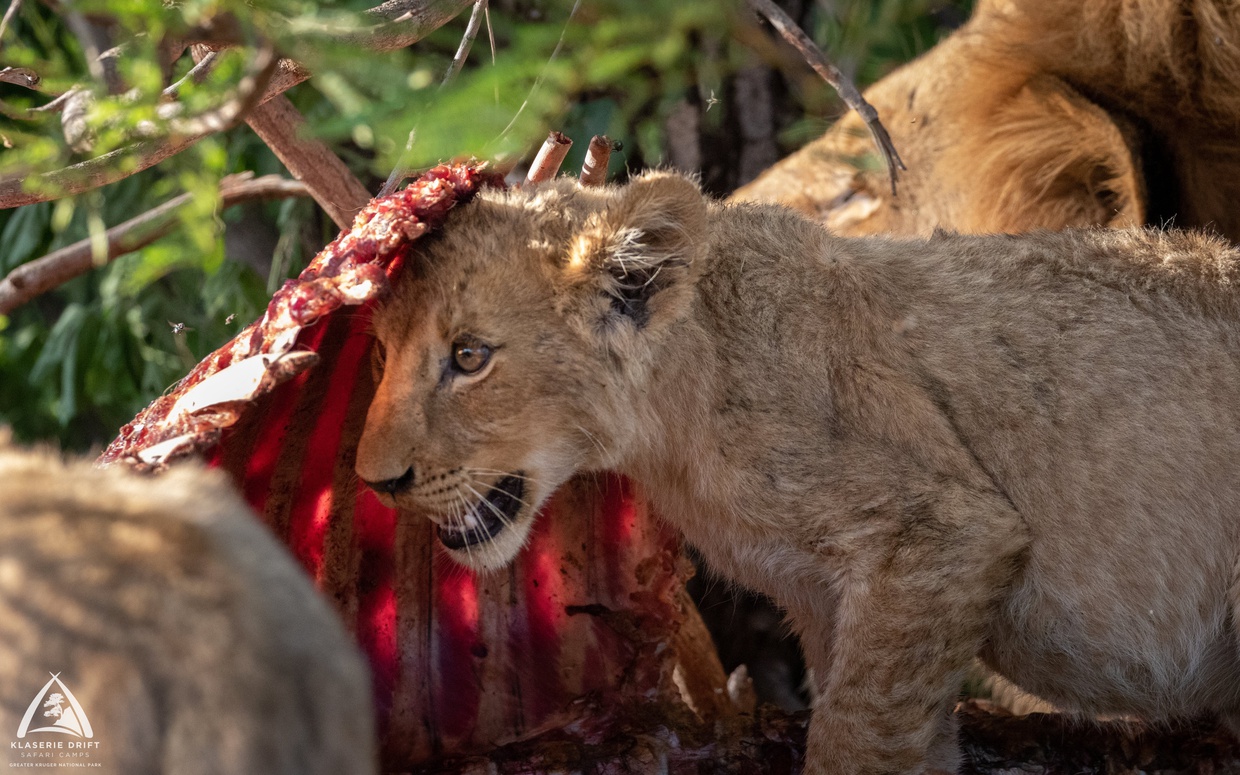 The leopards haven’t disappointed either, with the Pale male, Saseka, Manzi and Manzi’s cub - now on the cusp of independence - putting in some wonderful appearances, as well as a few unknown individuals. Manzi’s cub caused quite a stir as she was spotted sleeping off a hot afternoon in a nearby treehouse - with the moment she descended caught perfectly on camera by guide Nick. Last, but most certainly not least, was the surprise sighting of the extremely rare caracal! Much smaller than a leopard, these ‘little big cats’ are incredibly secretive and very rarely seen in the Klaserie - so much so that it was a first ever sighting for guide Emily who was rendered almost speechless! The shy feline paused to study the vehicle, perhaps having never been so close to one before, until it finally melted into the night, as silent as a shadow. 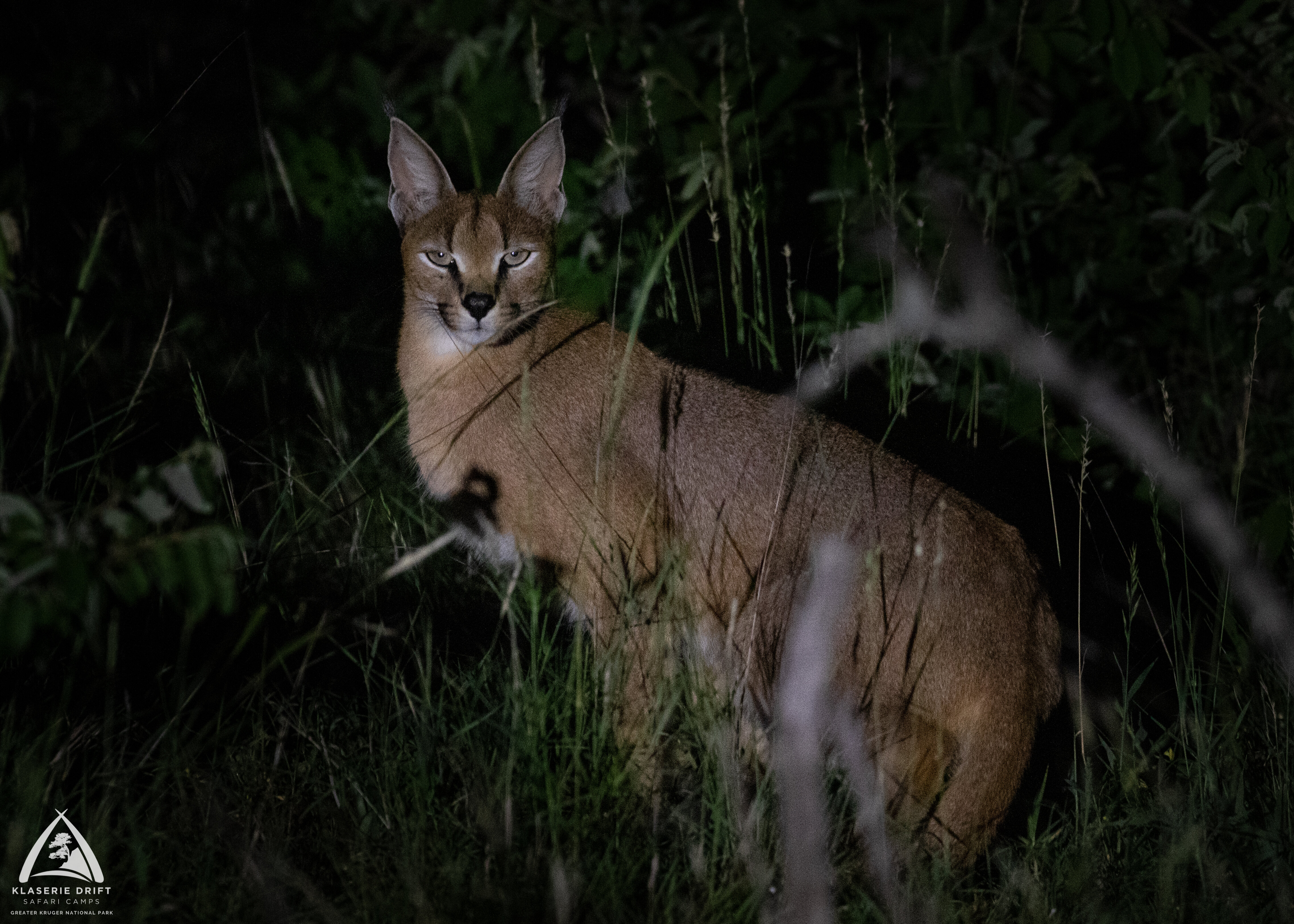 Another favourite of December were the rare African wild dogs. Guide Nick encountered over 30 of these endangered predators as they attempted to hunt a young wildebeest. For almost an hour, our enthralled guests watched as the adults in the herd banded together to form an impenetrable wall whilst the dogs tried again and again to break into their flanks. At last, defeated, the dogs moved off in search of easier prey. Just a week later, Guide Emily witnessed the same pack frolicking and playing in a waterhole as they cooled off and reinforced the beautiful cold between family members. These incredible animals never fail to disappoint in a sighting! 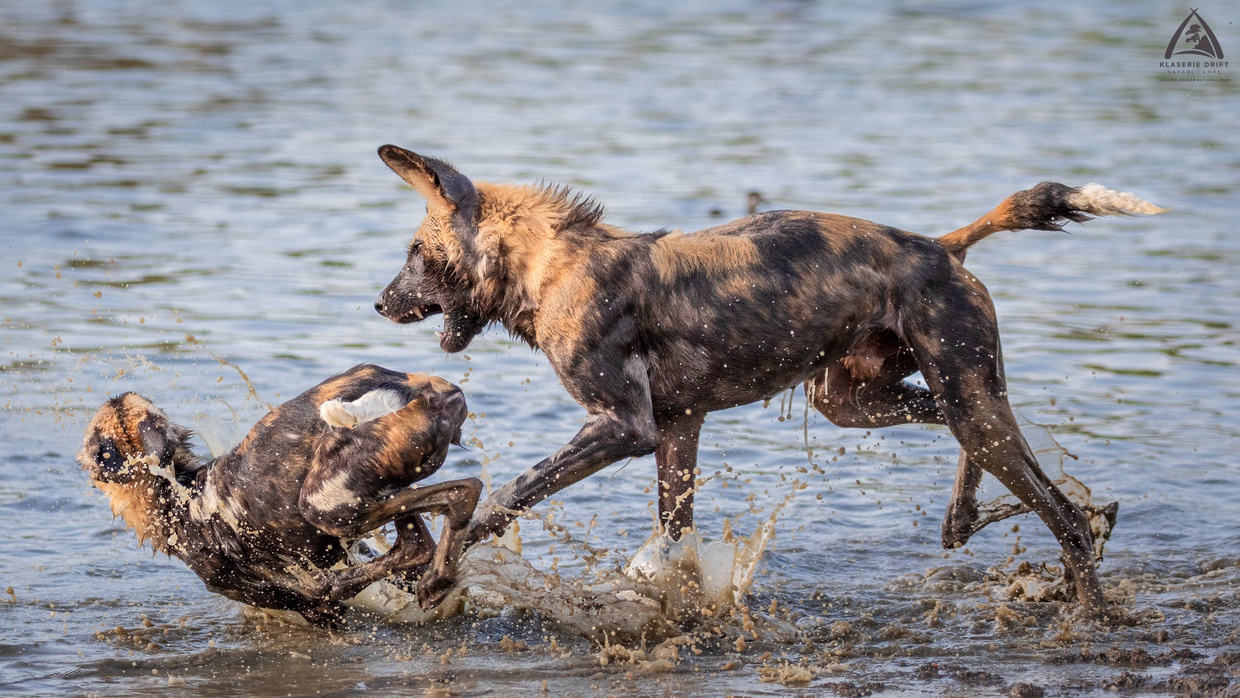 Although the world has been plunged into strange times, it is comforting to know that nature knows nothing of our human problems. She continues, unfaltering and unspoilt, as a reminder to us all that life does go on and this, too, shall pass. 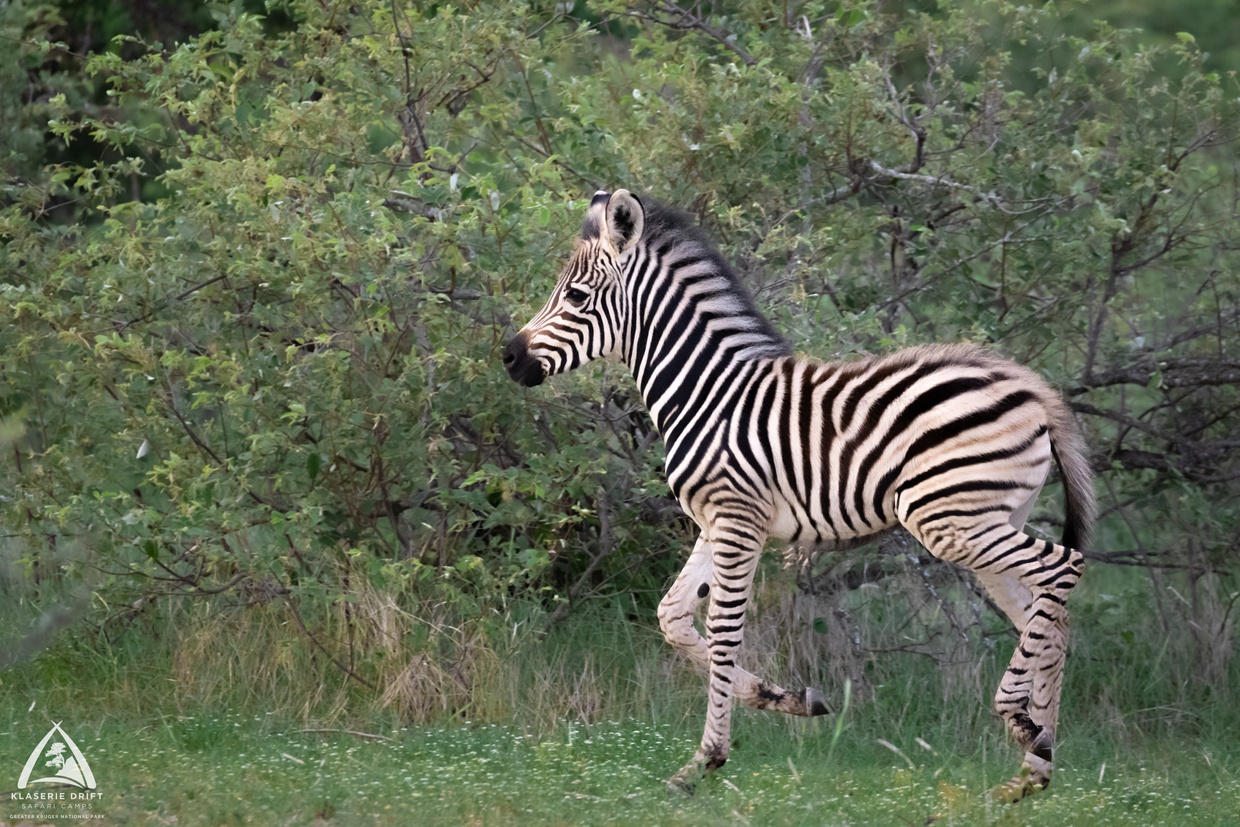