Posted by Emily on Fri January 28, 2022 in Sightings Report.

Baby impala leap for joy, colourful migrant birds sweep the skies as they pluck insects on the wing and the mighty Klaserie River ripples with life. December in the Klaserie is a magical time of plenty for the plethora of animals that call this wilderness home. Keep reading to discover exactly which Klaserie characters we spotted over the recent Christmas season. 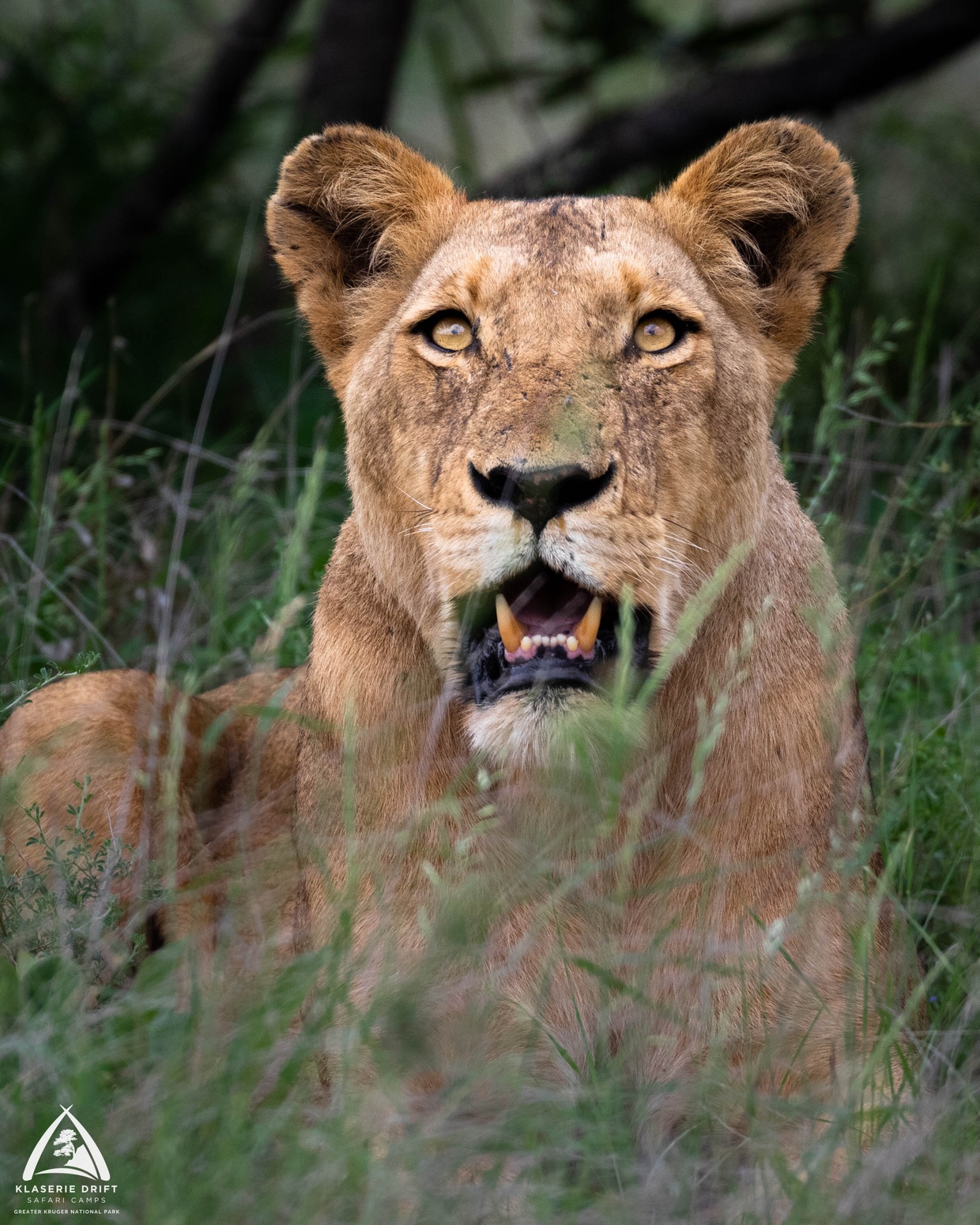 With dominant males Hosi and Socha at their side, the River pride has confidently maintained their territory along the Klaserie River throughout 2021. However, as the pride has undergone a relentless expansion over the last two years, we have paid witness to the bittersweet departure of the eldest three male ‘cubs’, now around 2.5 years. Sightings of the main pride - currently standing at between 18 and 22 individuals - are down from a high of 28 but still an impressive sight to see!

As well as the cubs’ departure, a few adult females have also been spotted adrift from the main pride - at times with some of the sub-adults in tow - suggesting they are either preparing their own youngsters for an impending nomadic life, or perhaps they are looking for a secluded space to welcome the next generation. The boys have been actively mating in recent months and we are hopeful of some more little ones soon. Like a tactical game of chess, the magnificent River pride keeps us enthralled and on the edge of our seats as we wait to see what moves will be made to continue the genetic dynasty of these famous felines.

Despite the heavy vegetation providing ample cover to shield any elusive spotted cats from view, our guests once again enjoyed some fabulous leopard sightings throughout the month. There were several wonderful sightings of the Island female and her juvenile cub “Marieps”, who continues to thrive, as well as close encounters with the indomitable Pale Male and Manzi. Some unknown leopards also graced the area, keeping our guides on their toes in trying to identify them! A shy female and her cub were found tucked deep in the undergrowth below a telltale impala carcass and a nomadic male came wandering through, likely hoping not to meet the Pale Male as he did! 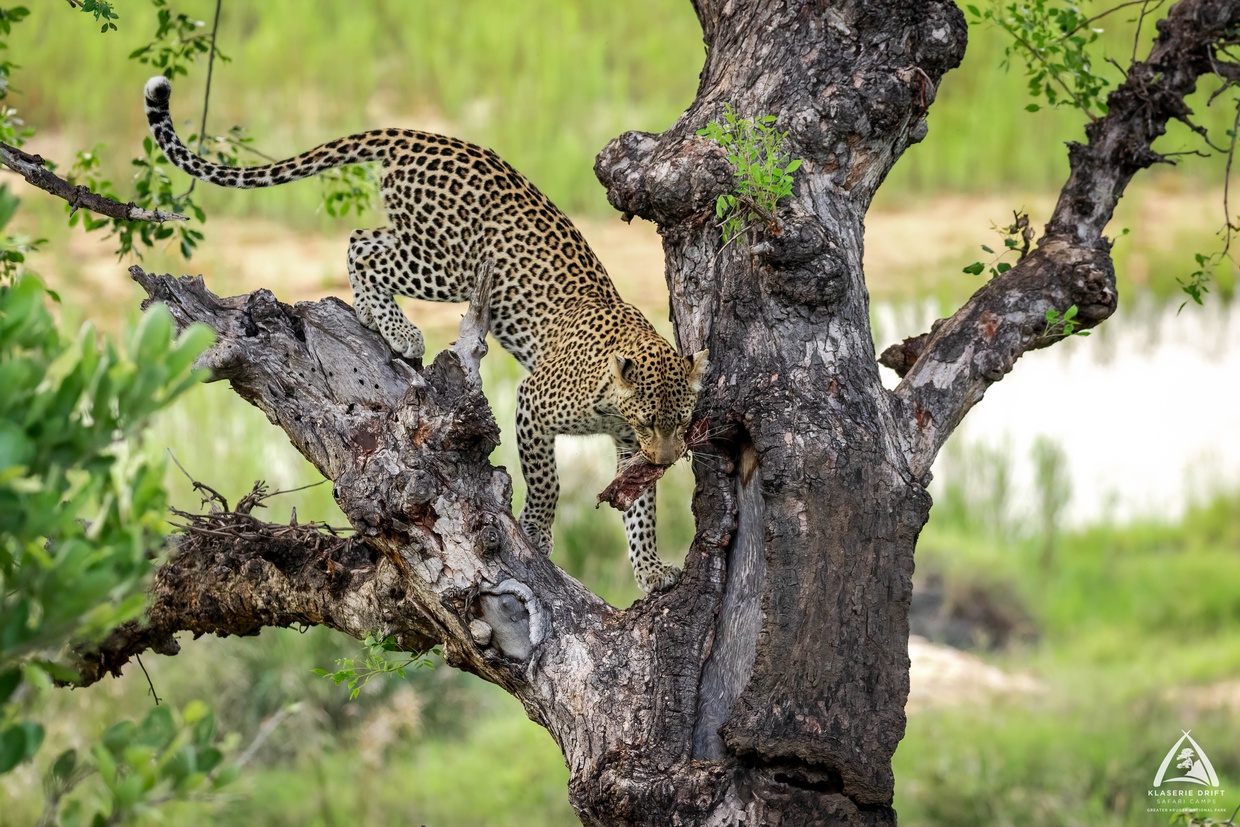 6 year-old Saseka, spotted with a nasty leg injury at the beginning of December, was thankfully seen again several times again later in the month. The wound, having lost most of the skin off the left foreleg, appears to be healing and she is walking well. As distressing as it is - especially when it is an individual we have watched grow from a tiny cub - in the wild system of the Greater Kruger we cannot intervene unless an injury is of human origin. Interestingly, she was then found roaming far from her traditional territory and showed possible signs of lactation - perhaps she is searching for a new den site after the demise of her first litter almost 2 years ago. An exciting yet apprehensive time indeed! 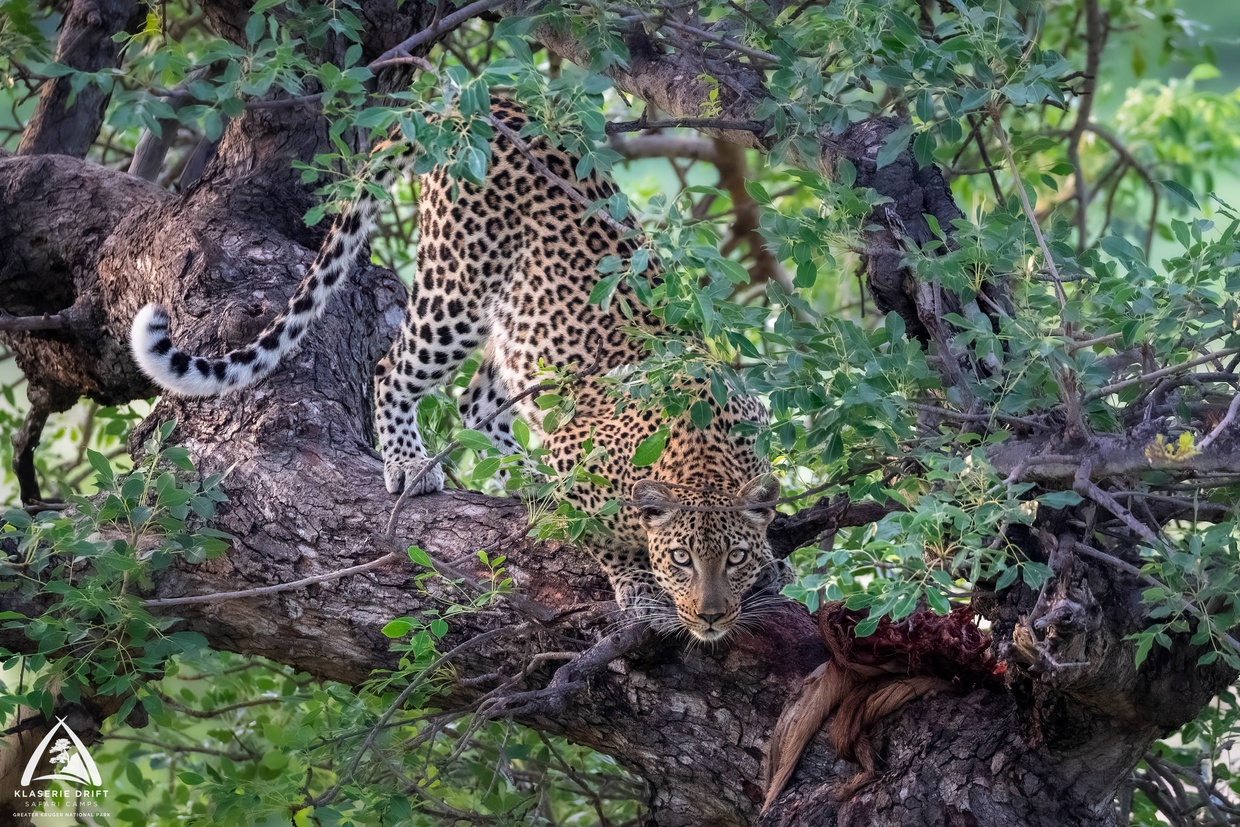 Last, but not least, the resplendent Xivindzi has caused hearts to flutter once more. Though camouflaged perfectly in the canopy of a large tree, the adult impala that she had hoisted onto a low branch was less inconspicuous. After spying the kill, it took guide Emily another minute to locate Xivindzi hiding amongst the leaves, at which point she decided to reveal herself and continue feeding on her meal. A little over two years old, the carcass was a hard-won prize for this young female and she remained in the area for several days - much to the delight of our guests at having such a beautiful leopard on call!

Having had another bumper year of successful denning, the endangered African wild dog continues to thrive in the Klaserie Private Nature Reserve. Owing to their wide-roaming nature, sightings of these precious carnivores are always highly sought after and we were fortunate to share their company on 5 different occasions in December. Although diurnal, they spend the heat of the day relaxing and sleeping in a social huddle. However, with a large litter of playful pups making a pack of up to 30 individuals, even these moments can be full of fun interactions and our guests were thoroughly spoiled with some beautiful moments on safari. 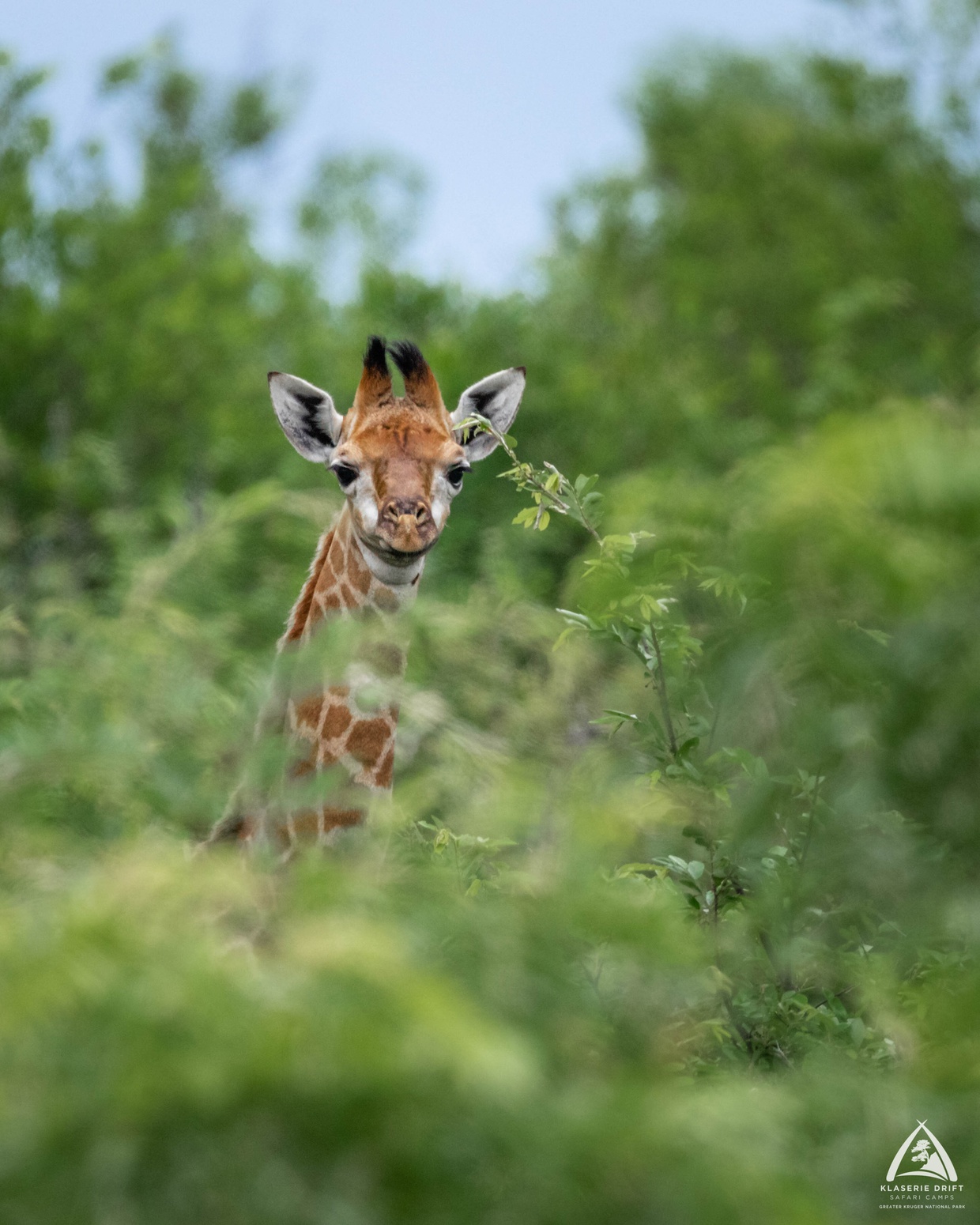 Without a doubt, summer in the Klaserie is the height of baby season! Impala, zebra and wildebeest are just a few of the adorable babies finding their feet in the Christmas season. Add to that a recent flurry of baby giraffe and the cute hyena cubs growing fast in their den and it would be difficult for even the hardest of hearts not to melt in their presence. Every year, it amazes us how the arrival of the rains can herald so much life.

Alongside these new arrivals, December has delighted us with colourful chameleons and tenacious tortoises as well as the elephants, buffalo and rhino all loving the many pans and mud wallows popping up after the rain. Overall, December is one of our favourite and most popular months for a safari - and it certainly didn’t disappoint!

Photos and words by Emily Whiting