Posted by Emily on Fri December 17, 2021 in Sightings Report.

November started with a bang as the very first morning our guides located the River pride feasting on a giraffe kill in the ridges above the Klaserie river. With the summer temperatures heating up, our favourite feline family soon decided the cool river sands below were a better way to spend the day and, one-by-one, migrated to their watery namesake. It was here, enjoying a wonderful view of the pride lying up amongst the reeds, that the Island female leopard and her cub were spotted hiding in a huge Nyala tree just 100 metres away.

Not finished yet, nature threw one more treat in our guides' direction with a lone African wild dog chasing an impala towards the sleeping pride! The impala spied them first and darted out of the way. However, the dog was almost too late to realise what was happening, only at the last moment managing to swerve and avoid disaster by catching the full-bellied pride unawares. An insane, action-packed sighting to kick off another fantastic month at Klaserie Drift.

After digesting their giraffe meal, barely two days passed before the pride were seen feasting once again - this time right by the KD bridge. With the adults deep in the reeds, eagle-eyed guide Matt spotted two mud-caked cubs playing up on the rocks. The tell-tale growls and tail flicks told us the River pride had only just made another kill that morning. A day and a half later, with the pride still picking over the last morsels of the as-yet-unknown kill, guide Emily became suspicious. Of late, a full-size buffalo bull is completely finished in 24 hours by this mammoth family - what has managed to satiate them for 36 hours? Another day passed and the lions finally moved out of the reeds, allowing her to walk down and investigate. To her amazement, she discovered the skull of a young elephant! Possibly a 7-8 year old juvenile, the means of the animal’s demise is unclear, however this is the second time in recent months our mammoth pride has been spotted feeding on recent elephant kills. A frightening trend! 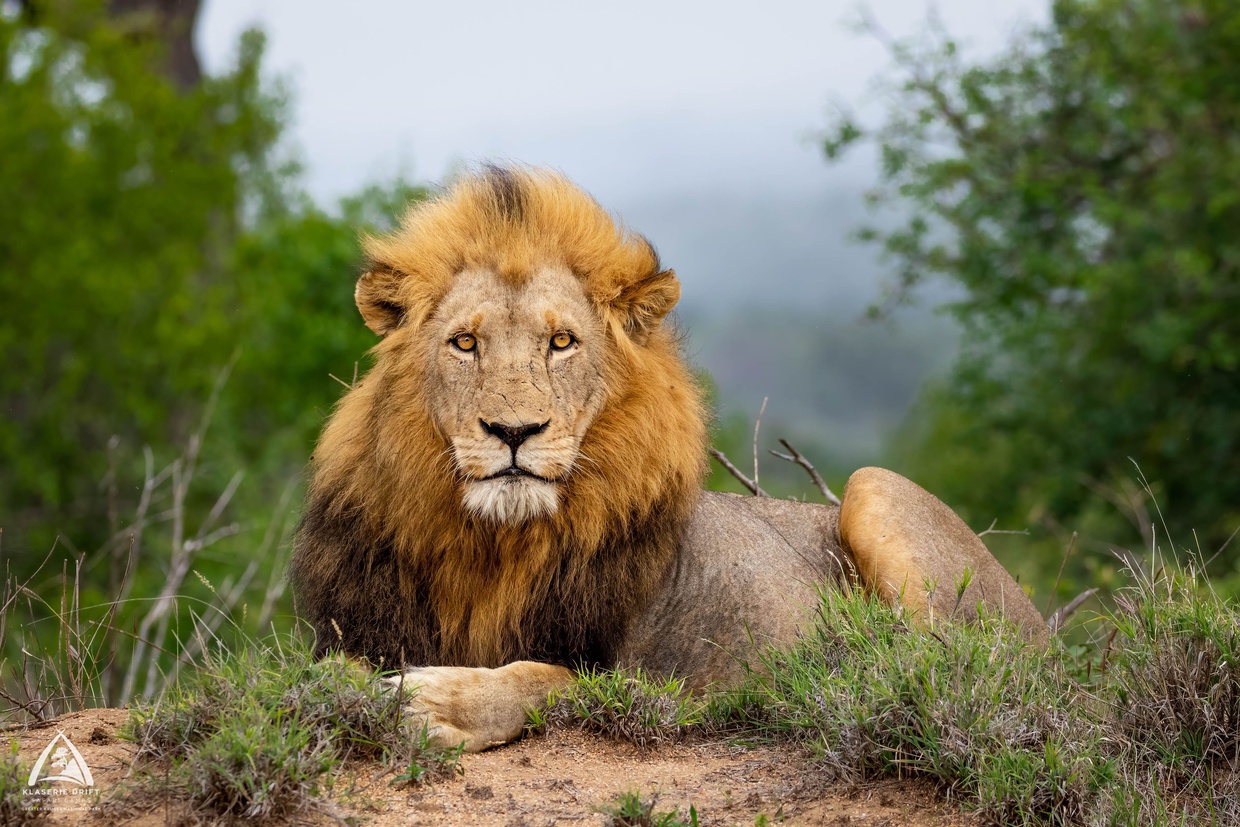 The rest of November passed with wonderful sightings of the pride, as well as several days where dominant males Hosi and Socha were seen romancing two lionesses close to the lodge. As their first generation of male cubs are beginning to successfully transition into nomadic life, the females are entering another oestrus, much to the boys’ delight. Here’s to the continued success of the iconic Klaserie River pride. 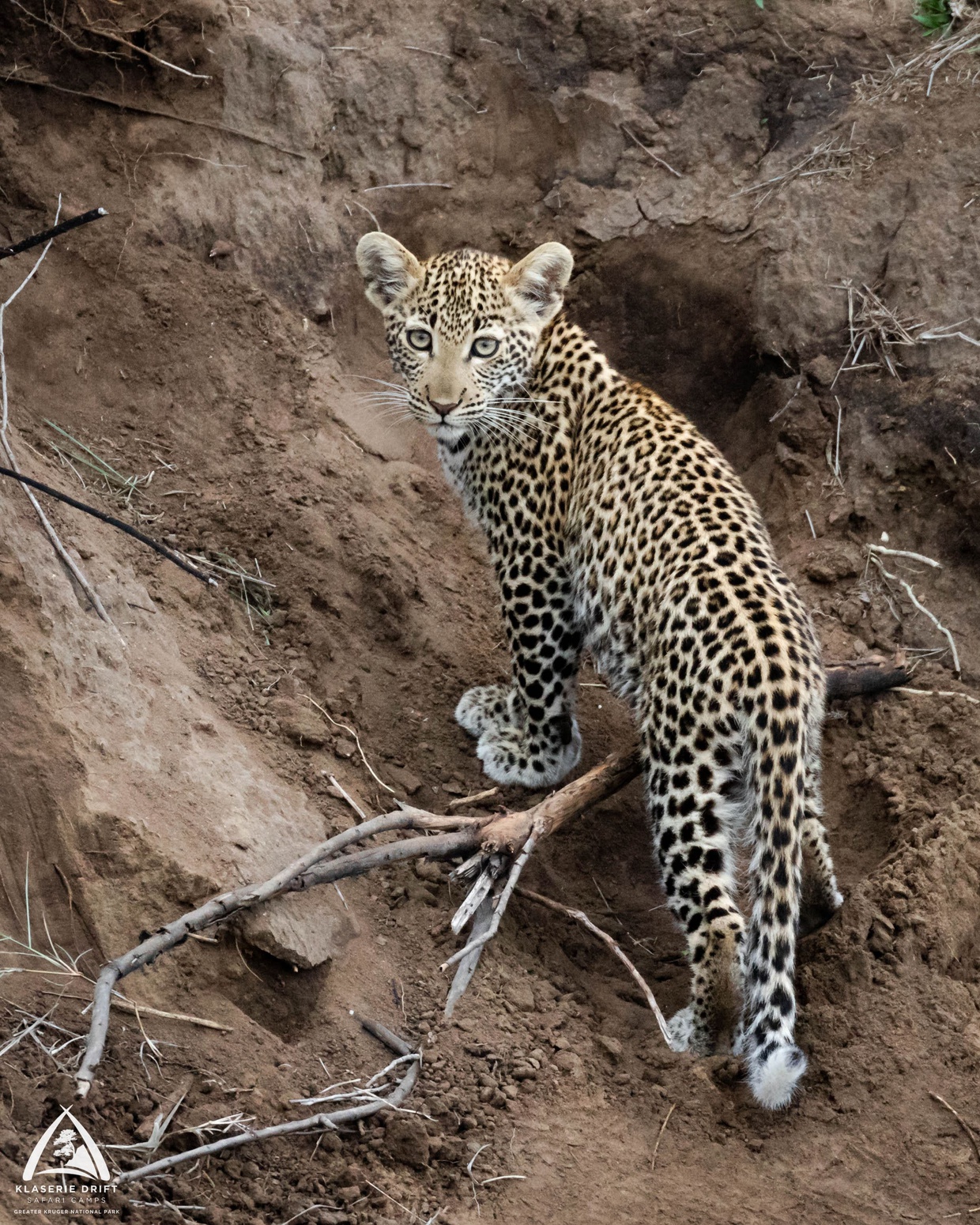 From amorous lions to lustful leopards - there was definitely something in the air last month! The legendary Pale Male was once again seen securing his mighty bloodline by mating with an unknown female leopard. One of his grown cubs, the beautiful Xivindzi, captivated our guests who spent an entire morning watching her relax and attempt to hunt a herd of impala. Her two younger siblings - the 5 month old cubs of the Pale Male and Manzi - have also been enchanting hearts left, right and centre. One afternoon, mum and cubs were spotted playing up and down the walls of a drainage line before Manzi eventually marched her babies across the Klaserie River, leaping over rocks and away into the distance.

Other leopard characters we caught up with in November included the ever wonderful Saseka, the shy Island female and her youngster (now fondly referred to as “Marieps” by the guiding team) as well as several unknowns - two of which were seen with impala kills. It’s fair to say our feline friends did not disappoint! 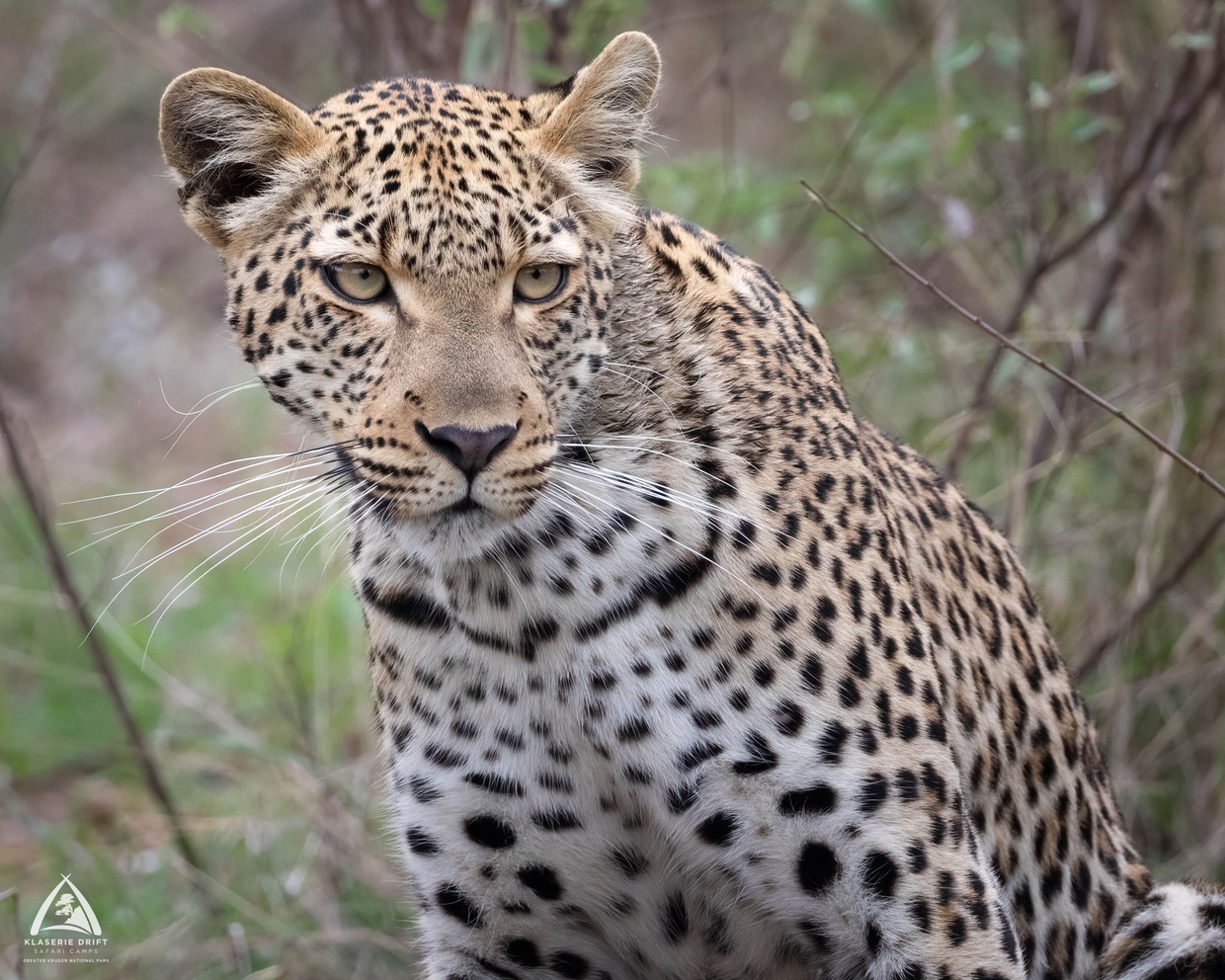 Xivindzi (directly above) and her younger sibling (Top left) 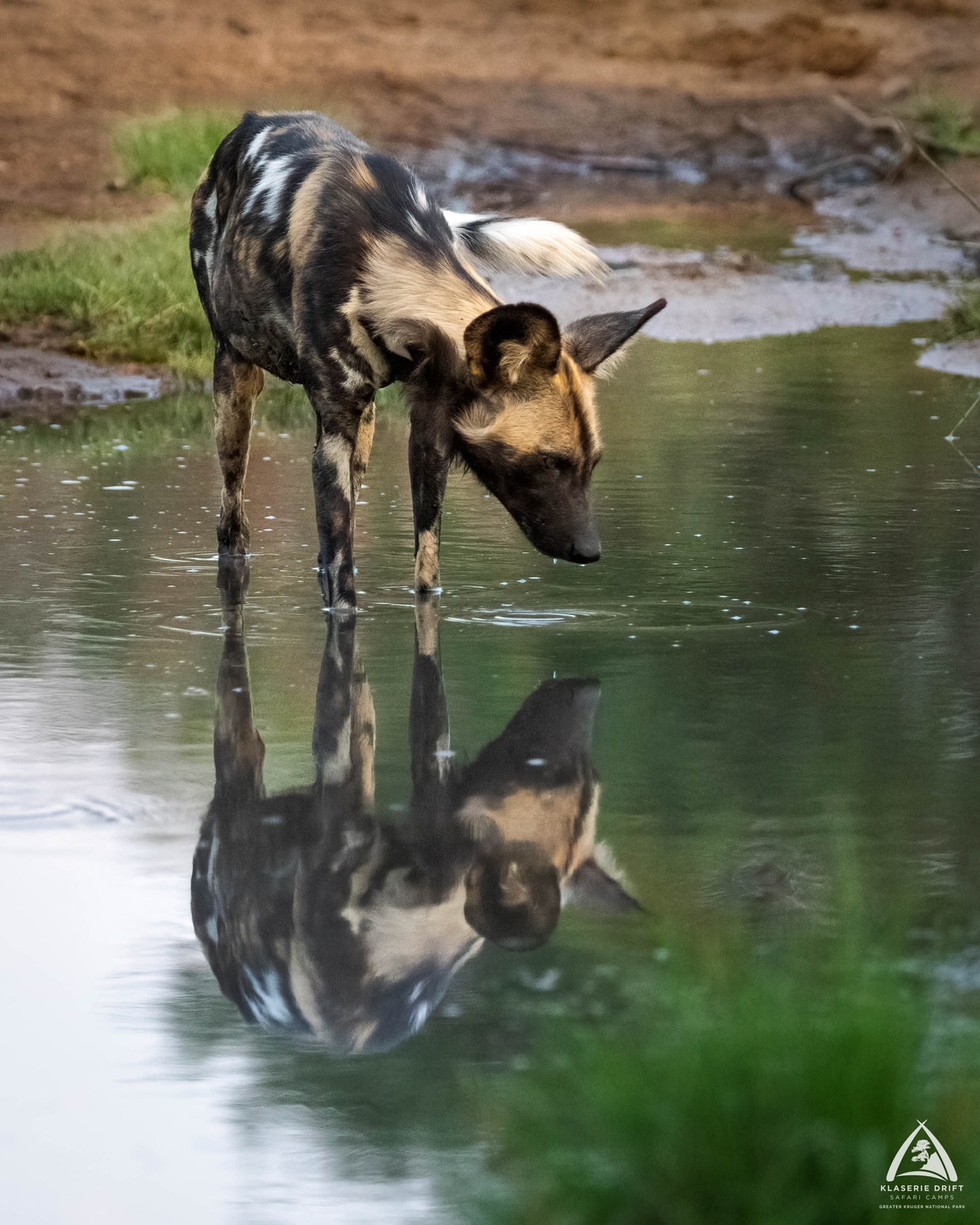 Early November brought several sightings of a lone African wild dog, although it is unclear whether it was scouting as part of a pack or not since these are almost always highly social creatures. A week or two later, with the impala lambs on the cusp of flooding the bushveld, guide Matt encountered a dog bringing down a heavily pregnant female. Sparing the gory details - it didn’t take long for both mother and lamb to succumb to these highly efficient predators - the rest of the pack soon joined in the meal to a chorus of twitters. However, their joy was short-lived as the commotion brought in a flurry of hyena who quickly stole the prize, their haunting ‘whoop’ and laughter filling the air. A highly charged sighting indeed!

The next day, guide Emily was back with the pack, but this time for a more heart-warming experience as they played gleefully in a local pan system. Dashing in and out of the water, the dogs delighted in chasing, jumping, splashing and leaping through the reeds all to the backdrop of their musical chatter. For over half an hour our guests sat captivated by the commotion, only tearing themselves away as darkness began to fall. 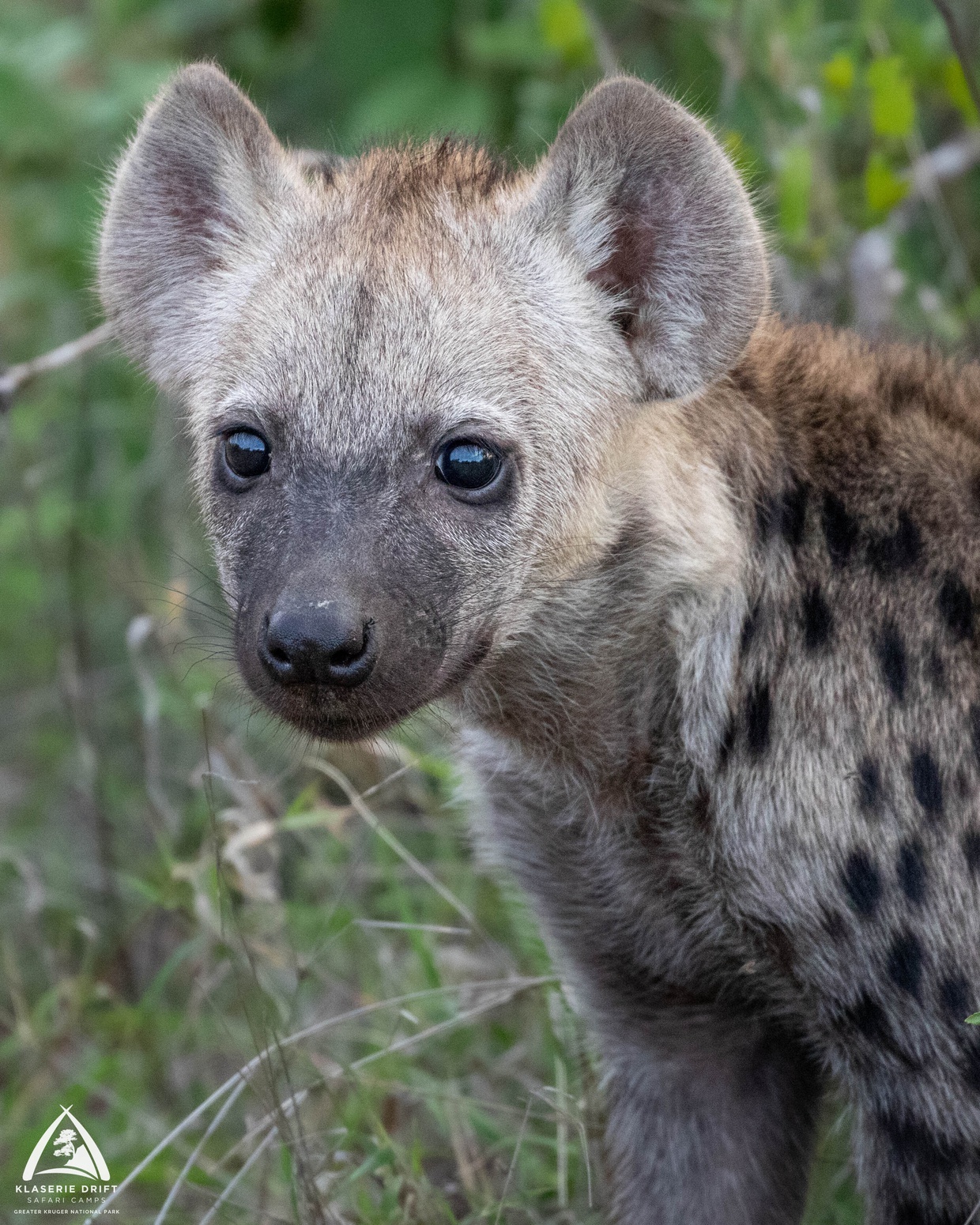 One of the most special sightings many of our guests have been lucky enough to enjoy throughout November was of a hyena den with young cubs. Super curious, these highly successful carnivores often lose their menacing reputation when seen in such a natural setting. The playful cubs carefully crept up to the game vehicle until one of them spooked and they ran back to the safety of mum - only to begin the game again moments later. However, their more sinister side appeared later as a hyena was spotted killing and feeding on an impala lamb on two occasions and a clan of some 20 individuals were discovered fighting over the remains of a giraffe.

Elsewhere, a huge herd of over one hundred buffalo moved through the property last month, making a spectacular change to the smaller herds more typically seen in the area. With the mud wallows full to the brim, some extra special rhino sightings have also been on the up as they spend the long, hot days in their favourite summer spots. Elephants, as ever, flock to the Klaserie River for relief from the scorching temperatures and, by the end of the month, baby impala were seen trying out their wobbly, newborn legs at every turn.

Last, but most certainly not least, was the incredible sighting of an extremely rare caracal! On his way to a lion sighting late one evening, guide Matt spotted a flash of fur dashing across the road ahead. Knowing it was something special, he instantly set about relocating the animal, succeeding just minutes later where he realised what it was. As his first ever caracal sighting, Matt was just as excited as our guests and even Emily dashed over to join in the moment - for her just the second ever sighting - phenomenal! Overall, November has been another highly successful month here at Klaserie Drift. 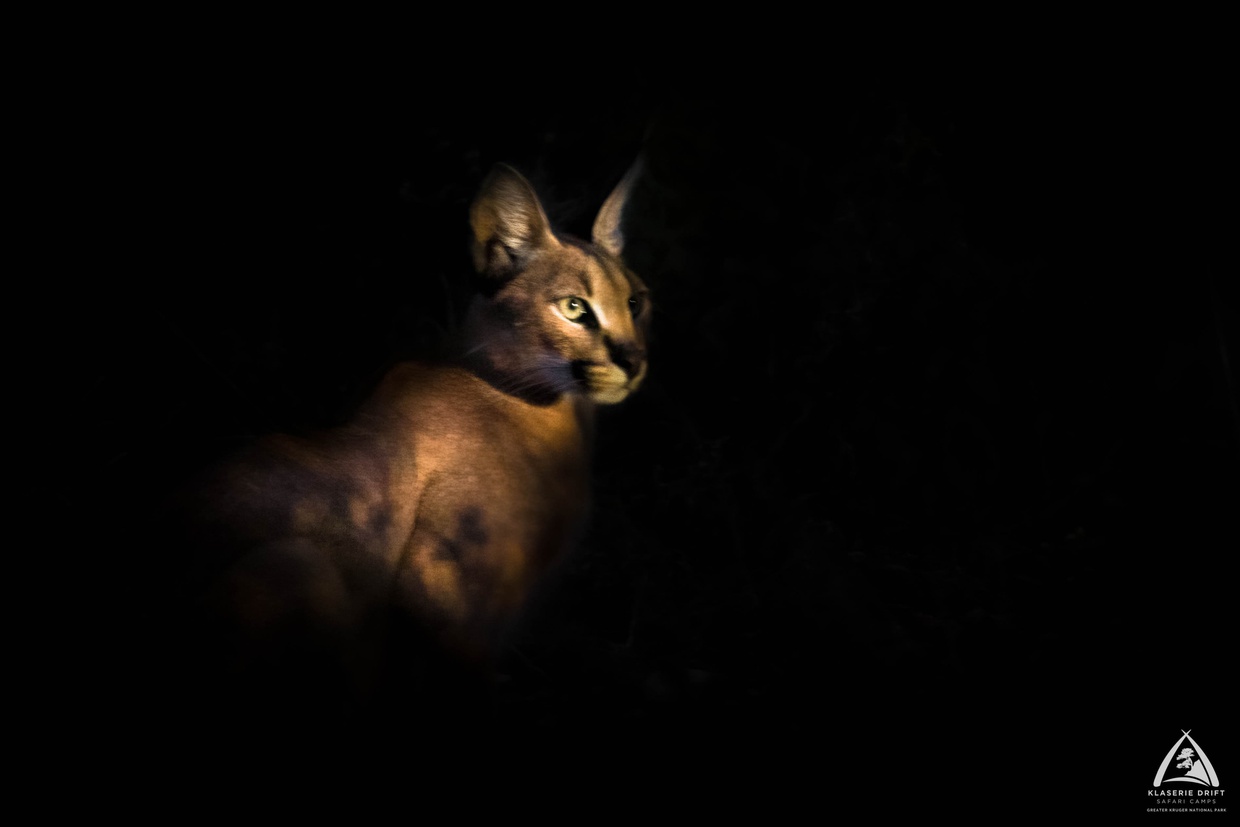